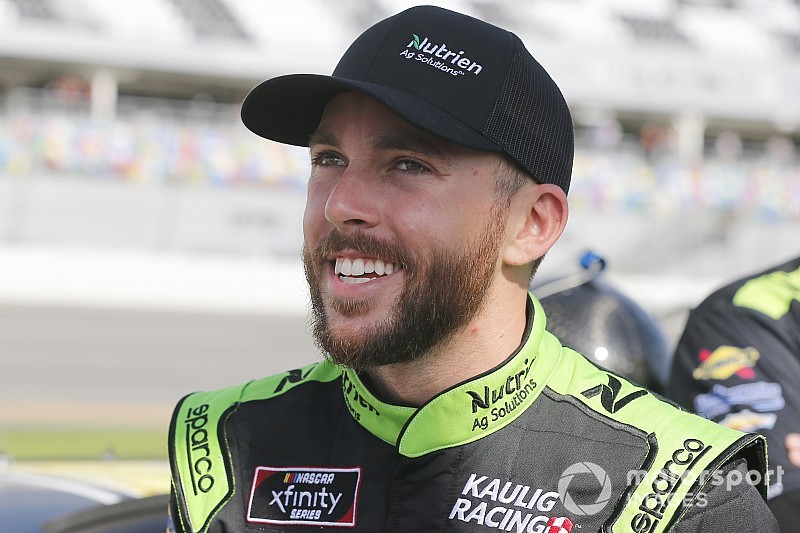 Kaulig Racing will run three cars for the first time next weekend at Daytona International Speedway in the NASCAR Xfinity Series race.

Along with full-time driver Justin Haley in the No. 11 Chevrolet, Kaulig will bring in A.J. Allmendinger for his first start of the season in the No. 10 machine.

Additionally, Ross Chastain will pilot the No. 16 as a third entry for the team. Chastain previously drove for the team in the 2019 season-opener at Daytona and will again this weekend at Chicagoland Speedway.

“Being able to bring a third car to Daytona and have our part-time driver Ross Chastain behind the wheel only increases our chances of getting the win,” team owner Matt Kaulig said. “Not by the addition of a car, but by the additional teammate our two drivers Justin Haley and AJ Allmendinger will have – Daytona is all about teamwork.”

The team showed promise in February's race at DIS with Haley winning Stage 1 and Chastain winning Stage 2 before finishing 17th and 13th, respectively.

"The success this team has had at resistor-plate tracks this season hasn’t gone unnoticed,” team president Chris Rice commented. “To have two stage wins and five top-five stage finishes in just two races shows the strength Kaulig Racing has.”

Roundtable: Stage cautions at road courses and Busch vs. Truex