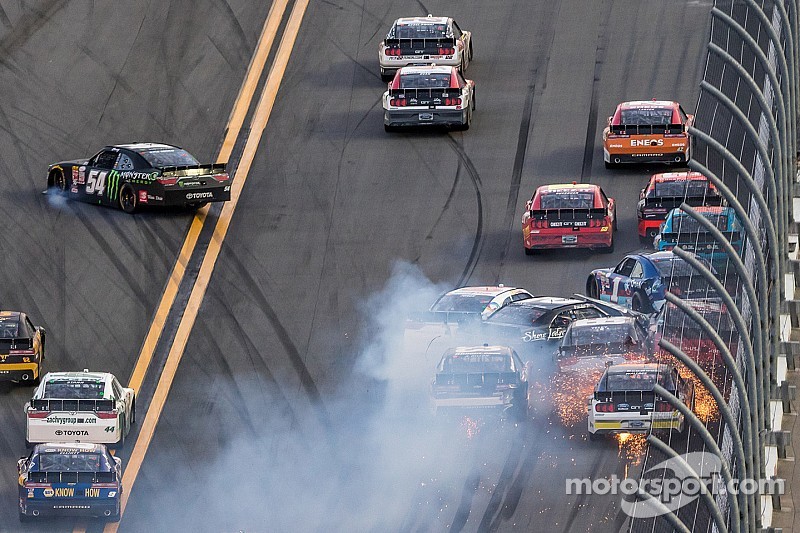 DAYTONA BEACH, Fla. – With just 16 cars remaining on the lead of the Alert Today Florida 300, Kyle Busch tapped the back of Erik Jones then went careening through the grass entering Turn 1 and shot straight into the inside concrete wall which was unprotected by a SAFER barrier.

Busch didn’t initially answer but climbed from the car on his own. He was transported to a local hospital for further evaluation.

“I don’t know if it was the guy pushing the 20 or the 20, but, dude, they were hitting in places they shouldn’t have been hitting,” Ryan Reed said following the accident.

The wreck ignited the fourth and the second red-flag of the race.