Michael Annett didn’t get to keep his runner-up finish long Saturday at Talladega (Ala.) Superspeedway. 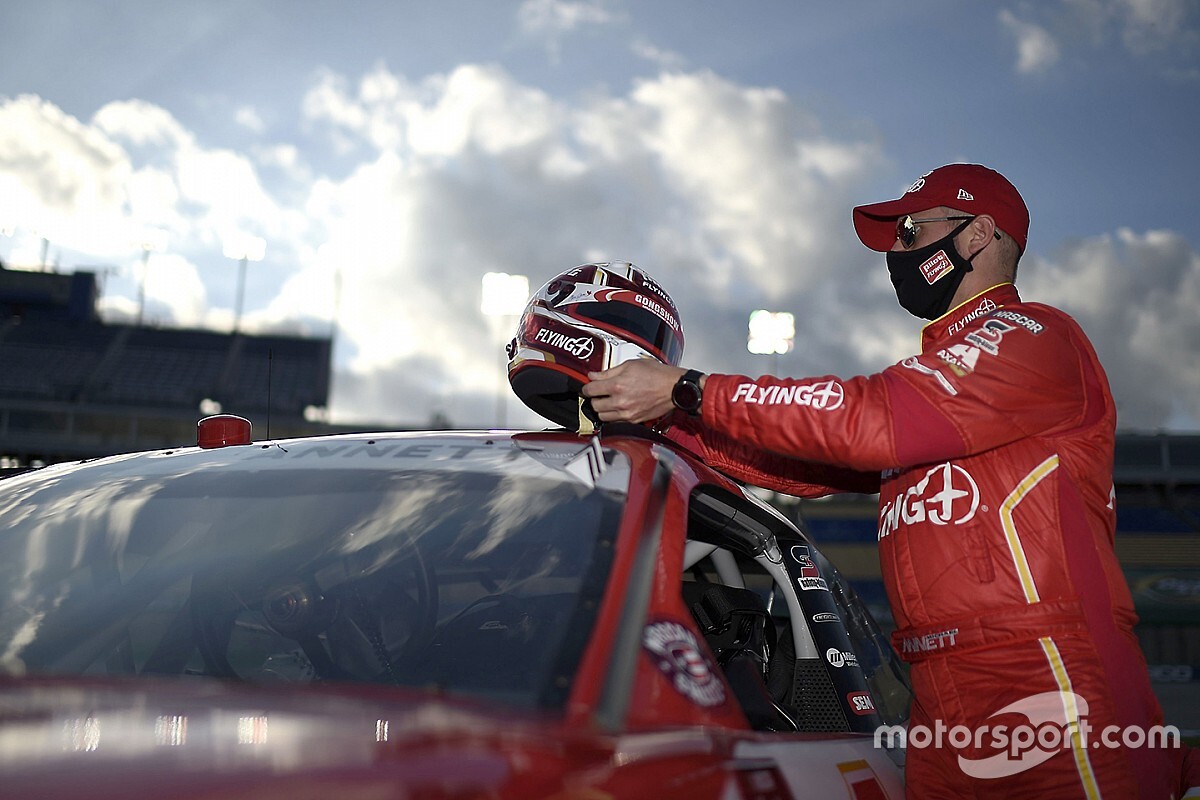 Annett, who earned his best finish in the Xfinity Series Saturday since his victory at Daytona at the start of the 2019 season, was disqualified from the race after failing post-race inspection.

Annett’s No. 1 Chevrolet failed to meet series’ height requirements taken after the race. His car was too low in the left-front.

Due to the disqualification, Annett will receive last-place points and his position in the playoffs becomes even more precarious. The remaining drivers will advance one position in the final standings, leaving Ryan Sieg as the race runner-up and Noah Gragson as the third-place finisher.

Following his original runner-up finish Saturday, Annett was ninth in the series standings, the first driver below the cutoff to advance to the next round.

After the penalty, he will be 12th and in a must-win situation next weekend at the Charlotte Roval in order to make the semifinal round.

AJ Allmendinger after Vegas win: ‘I don’t take it for granted’