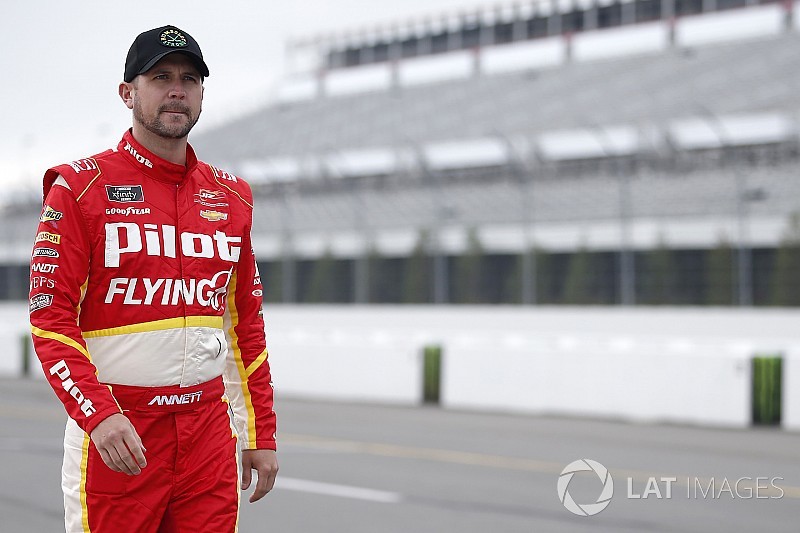 JR Motorsports announced Friday Michael Annett would return to the organization next season and it planned to once again field four full-time NASCAR Xfinity Series teams.

The company enters its third year of partnership with JRM next season and its 11th year backing Annett. Pilot Flying J has supported Annett since he first emerged on the NASCAR national stage in 2008.

“We’ve watched our partnership with Pilot Flying J grow over the past two seasons,” said Kelley Earnhardt Miller, general manager of JR Motorsports. “This renewal gives us the ability to continue to build that relationship.

“Both Pilot Flying J and Michael were integral in our expansion to four full-time teams last season, and they’ll continue as such as we plan for the team’s future. They’ve made a strong commitment to JRM and this sport.”

Annett, a 32-year-old native of Des Moines, Iowa, is currently in his second season driving JRM’s No. 5 Chevrolet. The team’s 2017 success was highlighted by a berth in the series playoffs during Annett’s first year with the team.

Annett earned a career-best finish of fifth in the championship standings in 2012. His career totals in Xfinity competition include 41 top-10 finishes and a ninth-place effort in points with JRM last season.

“JR Motorsports has been a great fit for me and I’m thankful to continue my relationship with them and my longtime sponsor Pilot Flying J,” Annett said. “I have tremendous support with the No. 5 team, my teammates and the entire staff over there.

“It’s very much a family atmosphere and they have everything it takes to be successful at this level.”