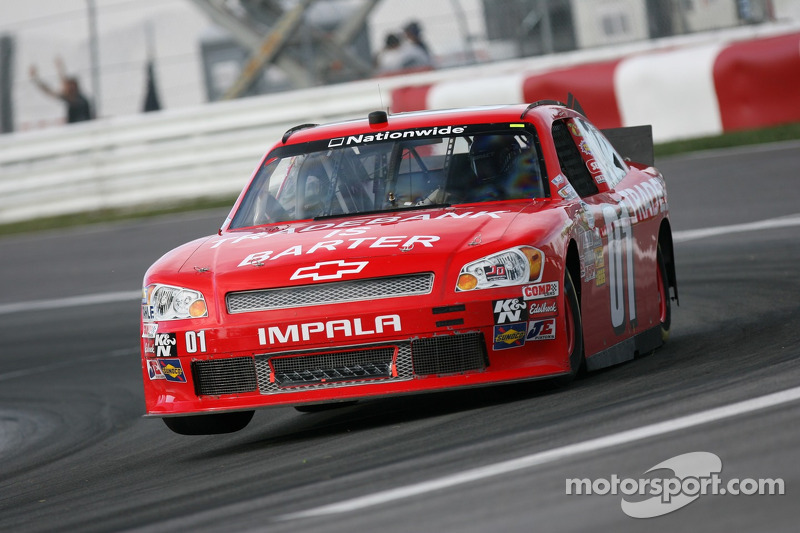 GAFFNEY, S.C. (August 19, 2012) – Mike Wallace and the No. 01 Chevrolet team of JD Motorsports w/Gary Keller had all their hard work pay off with a top-10 finish at Circuit Gilles Villeneuve in Montreal, Canada. 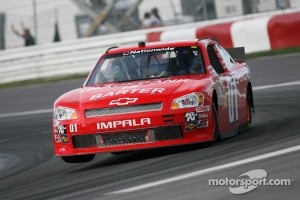 The track located along the St. Lawrence Seaway offers its own challenges just being a road course. Toss in 43 drivers all vying for the same real estate and the unexpected circumstances that goes along with it, and it’s going to make for an exciting race – as long as you’re on the good end of things.

Such was the case for Wallace and the Newt Moore-led team after they were 23rd in both practice sessions. They backed that up by qualifying 22nd on Friday afternoon for Saturday’s race. Harr, looking to have a good showing in his homeland of Canada, was 32nd in the first practice, 29th in the second and then qualified 31st in the No. 4 iWorld Chevrolet.

Even before the initial green flag waved on Saturday, Wallace and team had their share of adversity. During the final lap of qualifying on Friday, they lost a motor and had to be pushed back to the garage area. So, they pulled the spare motor out of the back-up car, put it in the primary one and had to start at the back of the field on Saturday.

Once the race finally started, Wallace put his veteran experience to use and started to move up the scoring pylon gaining positions. They couldn’t seem to get their speed correct on pit road and ended up going down a lap after stopping under green.

A caution waved soon after, one of eight during the race, and Moore elected to take the wave around and get back on the lead lap. With that, Wallace got back into a rhythm and started to move up through the field.

However, on lap 72, he got spun off the track in Turn 14 and brought out the caution. Suffering minimal damage, Wallace went back to racing and, with three laps remaining, he was 15th on the chart.

On lap 81, the final one, they worked their way up to fifth as they headed towards the checkered flag. In the second-to-last turn, Ron Fellows got into the back of Wallace’s No. 01 machine and moved him out of the way as both Fellows and Michael McDowell passed him.

Wallace gathered it together, maintained his speed and brought home the team’s best finish of the year in seventh place. This also moved Wallace up to two positions to 12th in the Driver’s Standings, where he trails 11th by only 12 markers.

This week, the NASCAR Nationwide Series heads to Bristol Motor Speedway to race under the lights on Friday night.

Mike Wallace Quotes: “Man, did we go through a challenging weekend in Montreal. From the motor letting go on the final lap of qualifying to getting spun during the race and racing our way forward like we did there at the end.

“We figure out that a timing belt broke and that just got everything screwed up in the motor. It’s good it went when it did; otherwise it probably would have gone on the first lap of the race.

“The crew did a great job getting the spare motor out of the back up, then into the primary one on Saturday morning for the race. I hate it had to happen, but I have great faith in our team when it comes to these types of things.

“During the race, we couldn’t get a good pit road speed. I made a mistake and blew the one chicane and had to stop. But, we missed things on the track, did what I needed to make our way up and had a top-10 finish. I’d like to thank my daughter, Chrissy, for helping with the spotting for me, too.”