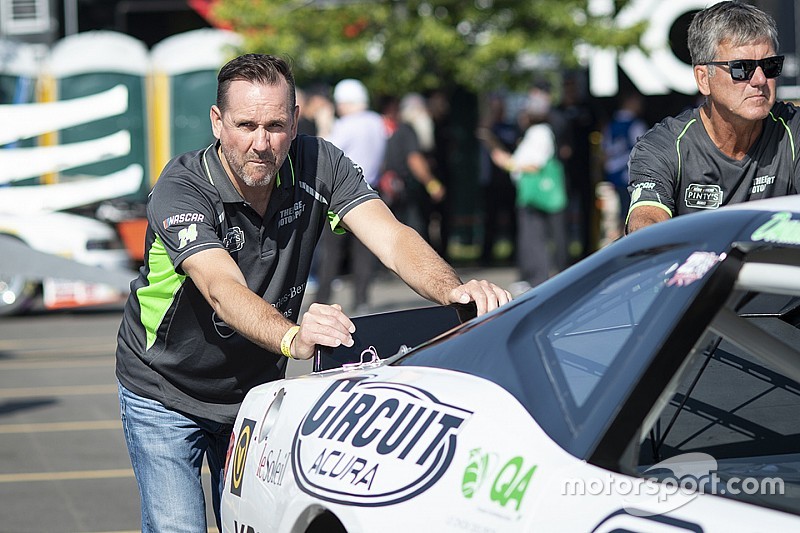 While it won’t be the first time he’s raced at New Hampshire Motor Speedway, Theetge is excited to experience another first in his NASCAR career.

Fresh off of a ninth-place finish in the Pinty’s Grand Prix of Toronto, Theetge will make his Xfinity debut on Saturday in the Lakes Region 200 at the one-mile track.

“This is my first time in the Xfinity Series and I’m excited for this weekend,” said Theetge. “I’m a little bit nervous as I know it will be a bit tough in practice but I hope to have a good race.”

Theetge will drive the No. 90 DGM Racing Chevrolet owned by Mario Gosselin and teammate to Labbe who’s also from Quebec and competing full-time this year in the Xfinity Series.

“I’ve raced on the track before with the ACT Tour so it won’t be my first time there,” said Theetge. “I tested there eight or nine years ago and that was one reason why I chose that track.”

Another reason Theetge wanted to compete this weekend is to also get more on-track time ahead of the inaugural appearance by the NASCAR Pinty’s Series at New Hampshire in September.

“The first Pinty’s Series race will be there later this year and I also thought that was a good reason to try and compete there this weekend,” he said.

While this will be his first appearance in the series Theetge feels comfortable knowing he’ll be able to draw off of the experience of Gosselin and Labbe.

“That is one reason why I wanted to drive for Mario in my first race,” said Theetge. “He’s doing a great job with Alex this season on a small budget and I know he’ll prepare me a good car to drive this weekend.”

The Boischatel, Quebec, native is competing full-time this season in the NASCAR Canadian national series after driving part-time over the previous seasons. His Pinty’s Series resume include a pair of pole awards in 16 starts highlighted by three runner-up finishes in 2017.