Hemric: "We've overcome so much" to earn title shot in rookie season 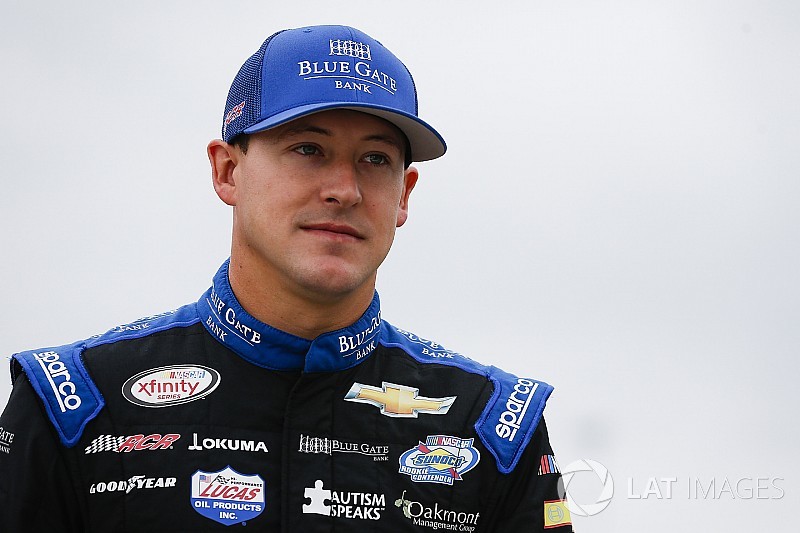 Rookie Daniel Hemric practically willed himself into the NASCAR Xfinity Series Championship 4 and he doesn’t want to squander the opportunity.

Hemric’s fifth-place finish last weekend at Phoenix helped him secure the chance to compete for the series championship this weekend at Homestead-Miami Speedway. He joins a strong JR Motorsports contingent in William Byron, Elliott Sadler and Justin Allgaier.

Although Hemric, 26, has yet to earn his first series victory, the performance by his No. 21 Richard Childress Racing in the playoffs has made him a worthy contender for the title.

“Just so proud of everybody, not only today, but all year,” Hemric said. “We’ve overcome so much as a group, all of our partners that have stuck with us and kept believing in us and giving us faith and all the stuff we needed to get to the race track every week.

“These are the moments that you live for and hope to be able to get excited about.”

It’s been a roller-coaster year for Hemric. He wrecked out three of the first 15 races but in the second half of the season, he seemed to hit his stride.

2017 hasn't been without struggles

His career-best second-place finish came at Mid-Ohio on a road course and he has finished fifth or higher in four of his last eight races.

Even while the performance improved, Hemric’s team faced adversity.

“I’m very proud of our performance and it hasn’t been without struggles,” Hemric said. “We’ve spent many sleepless nights at the shop with everybody sitting around trying to figure out what direction we need to go as a company.

“It’s been a while since Richard Childress Racing has been able to run for a championship. I’m proud to be able to do it for them this year. I’ve had really good race cars the last couple of weeks, glad we were able to put it together (to reach the Championship 4).”

Just getting there is not enough, however. Hemric believes he has a legitimate shot to add a championship to his rookie resume.

“That’s the goal – to continue to get better. If you’re not going to be as good as you want when you start the year, then the best thing is to be at your best at the end of the year,” he said. “That’s where we are.

“We need to make sure we get to experience more moments like this. Everybody knows the history of RCR and, honestly, we haven’t had that many high spots of late. Hopefully, we’ve saved our best for last.”