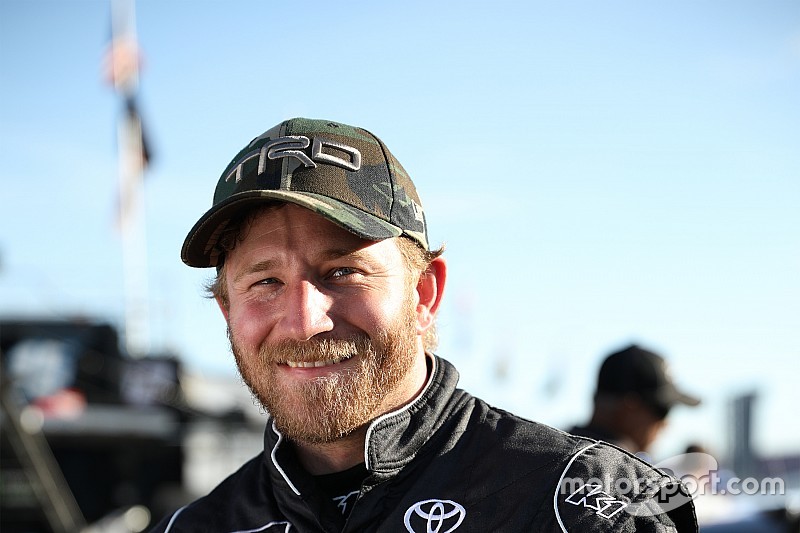 Jeffrey Earnhardt is going to get his best NASCAR opportunity yet next season.

The grandson of the late seven-time NASCAR Cup Series champion, Dale Earnhardt Sr., Jeffrey will compete in nine Xfinity Series races in 2019 with Joe Gibbs Racing, driving the No. 18 Toyota.

Earnhardt will be sponsored by Xtreme Concepts Inc., a worldwide leader in providing elite security services, instruction and education to U.S. government officials and commercial entities.

Earnhardt will debut in the No. 18 in the 2019 Xfinity Series season opener at Daytona International Speedway.

“I’ve worked incredibly hard for this opportunity and I’ve got to thank Xtreme Concepts for making it happen,” said Earnhardt. “You see the level of expertise Joe Gibbs Racing has and the caliber of equipment they bring to the racetrack every week.

“As a driver, it’s exactly where you want to be. It’s the best opportunity I’ve had in my career and I plan to make the most of it.”

Since 2009, the 29-year-old native of Mooresville, N.C., has made a combined 151 starts in the Cup, Xfinity and Truck series. His best finish was seventh in the 2011 Truck series opener at Daytona.

Most recently, he’s run several Cup races this year with StarCom Racing and Gaunt Brothers Racing. His best effort this year was 11th at the July Daytona race.

“From the time we first came to NASCAR in 1992, we’ve always put forth maximum effort to have the best possible results on the race track,” said Coy Gibbs, JGR’s vice chairman and COO. “Our Xfinity Series program is the perfect example of what happens when preparation meets execution.

“We’ve had both up-and-coming and veteran drivers achieve success in our race cars, and that success has translated to the partners they’ve represented. We think Jeffrey Earnhardt has the talent to win races and deliver strong results for Xtreme Concepts.”

The remainder of Earnhardt’s 2019 schedule will be announced prior to the start of the season.

Ross Chastain to run full Xfinity schedule with Ganassi in 2019