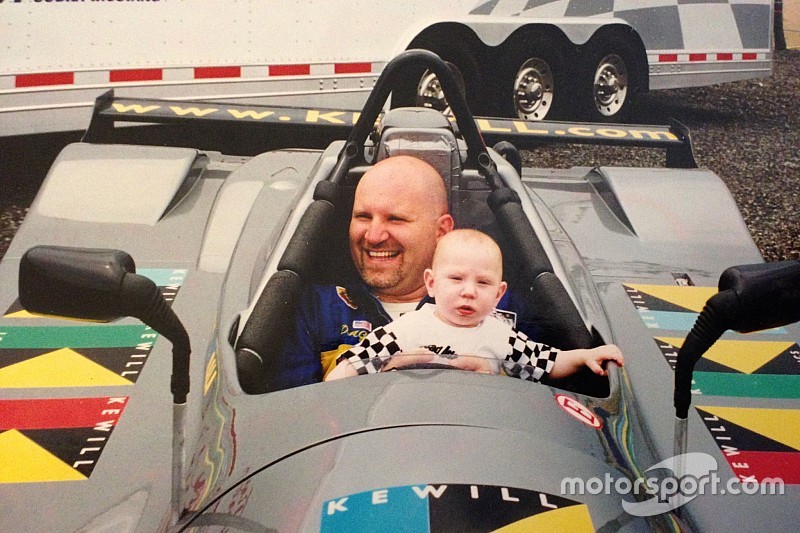 Second-generation driver Kaz Grala continues to honor sacrifices made by his father and grandfather while living the “American Dream.”

Some second-generation drivers are labeled in today’s racing environment as rich kids getting opportunities due to having money, opportunities others may never have in life.

For Grala, yes, he does have a father who was very successful on the track, but to say Darius and Kaz’s grandfather, Kazimierz, came from money would be the furthest thing from the truth.

Before Kaz Grala and the Fury Race Cars team head to Road America this weekend, the youngest member of the family reflected on how his family made the decision to move to the United States from Poland many years ago.

“My grandfather had a dream to drive a car, but his original goal was much smaller,” said Kaz. “His mother was already in America and he asked her to send him some money so he could buy a motorbike.

“She told him that if he moved to America, he could own a car instead. Cars weren’t very common or affordable at the time in Poland, so the idea of being able to have four wheels instead of two was amazing to him.

“So my grandfather, grandmother, dad and his sister decided to make the move to America for greater opportunities when my dad was just eight years old. They came to America and didn’t know any English. They only had $100 and one suitcase between them.”

Darius, who would go on and win an IMSA championship and become one of the most respected road course racers in the country, quickly learned English and was able to help his parents adjust to life in America.

“Dad was the youngest, so he picked up on English the fastest and was soon negotiating rent between his parents and their landlord,” said Kaz. “They worked really hard, and within a year they were able to buy their first car, which was a Ford Galaxie 500.”

For Kaz, who went from driving go-karts as a young child to winning a NASCAR Camping World Truck Series race at one of the most popular venues in American motorsports - Daytona - he wants to honor his late grandfather the best way he can by being successful.

“My grandfather’s dream was just to drive a car on the street, and while I drive on a race track, every time I’m behind the wheel, I want to honor my dad and grandfather by doing the very best I can,” said Kaz.

While in today’s world, many racers start their career under the age of 10, for Darius Grala, his start in motorsports occurred much later.

“Dad always loved cars, and when he was in his early 30’s he drove a car at Skip Barber Driving School. That led to him racing in that series and then eventually winning a championship in prototypes,” Kaz said. “He decided to step away while he was on top in the sport, as he wanted to spend more time with my family. That is when he bought me my first go-kart.

“I fell in love with racing, but dad also told me he wished I loved another sport, because racing is so difficult and it’s a challenge to be successful because it’s so demanding.”

For the youngest Grala, despite all of his success he’s had so far, he never forgets his roots and wishes there was someone here to see it in person.

“Ironically, my grandfather died in an automobile accident before I was born, so he never got to see me race,” said Kaz. “My dad’s side of the family has always enjoyed cars and I wish the man I was named after could be here to celebrate our accomplishments together.

“I was named after his nickname, ‘Kaz,’ and I think he would have been a little overwhelmed with what dad and I have been able to do in a car, when all he ever dreamed of doing was just owning his own car and driving around town.”

Kaz Grala will return to action this weekend at Road America on the longest road course on any NASCAR schedule, but it will be nowhere near as long as the road taken by he and his family to their current lives in America.