Kaz Grala had “the most fun” during 2018 Xfinity season 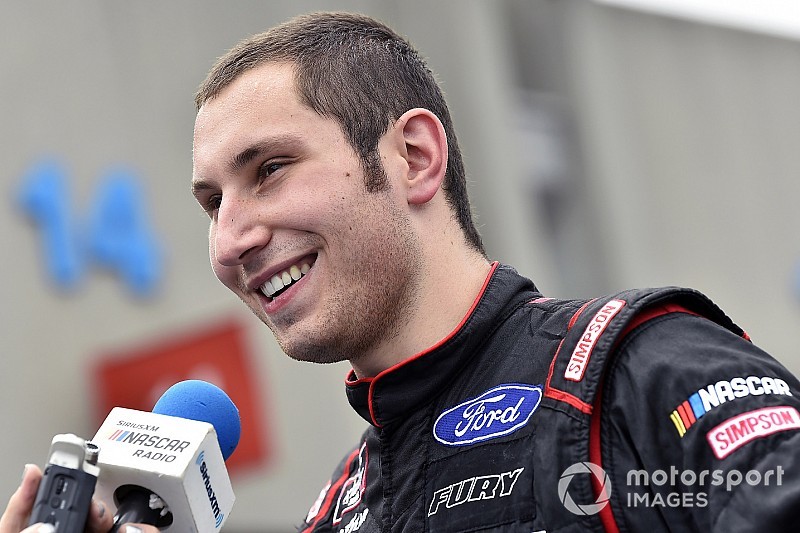 Despite driving for two different teams during the season Kaz Grala enjoyed some success on the track and looks forward to 2019.

Although he didn’t get the finish he hoped for in the season finale at Homestead-Miami Speedway, Grala can look back on the 2019 NASCAR Xfinity Series season with some pride.

Grala started the season driving in the series with JGL Racing before moving over to Fury Race Cars starting at Charlotte Motor Speedway in May and finishing in the top 10 in his first start with the new team.

“It feels good to have finished out the season at Homestead and put a period on this really wild year,” said Grala. “This season did not play out the way any of us expected it to, but this has been the most fun I’ve ever had racing in my entire life. I’m so happy that we’ve had so much success so quickly.

“I’m proud of this team and I’ve enjoyed working with each and every person on it.”

Grala is working to return to the track in 2019 and hopes to be competing in the Xfinity Series with Fury Race Cars.

“Hopefully we’ll be racing next season; we’re still looking for sponsorship, but so long as we are racing, I’m sure we will only get better,” said Grala. “We didn’t have the run that we would have wanted this weekend, but we had new sponsor Hot Scream on the car, and we hope to continue that relationship into 2019.

“Overall, we have a lot of positives to look back on in 2018 and a lot to look forward to next season.”