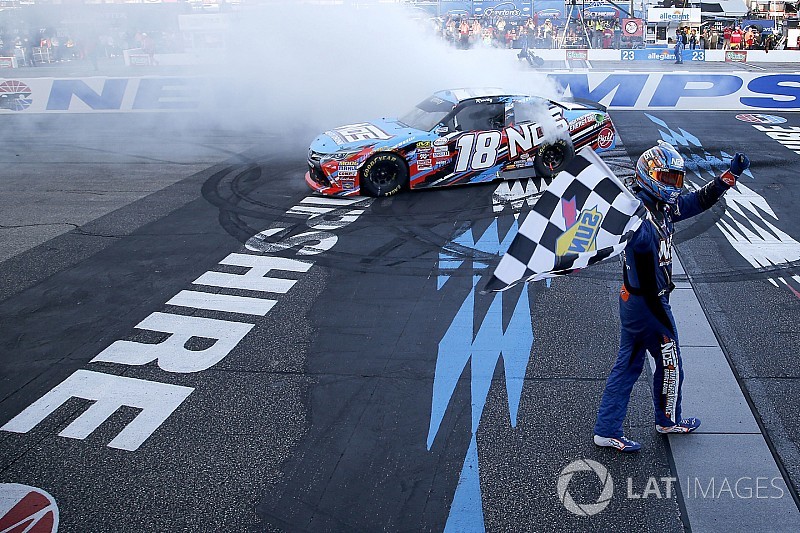 For the NASCAR purists that don’t believe Kyle Busch belongs in the Xfinity Series, his retirement from the tour might be coming sooner than expected.

After Busch won the Overton’s 200 at New Hampshire Motor Speedway on Saturday, his series-record 89th-career Xfinity Series victory, Busch told SiriusXM NASCAR Radio he would step away from competition after he wins his 100th race.

At 32, Busch hopes to concentrate on his day job — winning in the Monster Energy Cup Series — and shepherding aspiring racers through Kyle Busch Motorsports.

“I keep having all these drivers in the feeder program from Kyle Busch Motorsports to the JGR Xfinity team up to the Cup team,” Busch said. “I had Daniel Suarez, he’s done it. Erik Jones is coming over, so he’s done it.

“Now, it’s Denny and I are the next two to go. We’re the oldest ones. So we better be careful and mindful and looking over our backs. I better slow the progression down of some of these guys at KBM and stop helping them as much to get them through.”

Busch has four additional races to run this season. He’s not sure what limits NASCAR might set for Cup drivers in the feeder series in 2018. But as of now, the only way he’ll reconsider is if Joe Gibbs asks him to come out of retirement to assess where the program is. Other than that, he’s done.