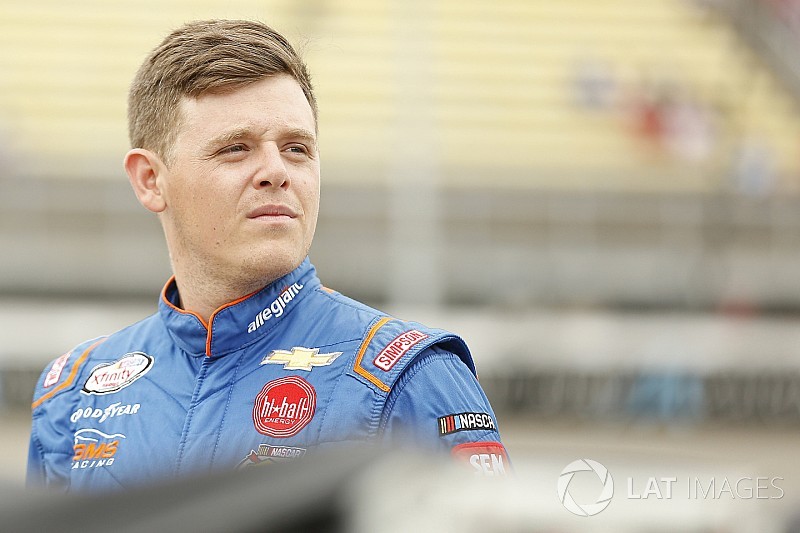 NASCAR Xfinity Series driver Spencer Gallagher will get a new crew chief for the 2018 season.

GMS Racing announced Thursday that veteran Chad Norris, who most recently worked as crew chief with Brennan Poole in the Xfinity Series, will take the same role next season with Gallagher and the No. 23 team.

“Chad will bring a lot of good and solid knowledge to this Xfinity program,” said the team’s general manager, Mike Beam. “Spencer showed a lot of improvement last season and I feel like Chad can take him to the next level.

“With Chad’s veteran knowledge and experience I know Spencer and this No. 23 team will succeed and excel.”

Norris has worked with many of NASCAR’s top stars, including Carl Edwards, Matt Kenseth, Trevor Bayne and Darrell Wallace Jr.

“We have all of the assets to build this Xfinity team into a top-tier competitor every weekend at the track,” Norris said. “With Mike Beam and myself there is a lot of veteran knowledge to continue to not only help Spencer to grow as a driver but the Xfinity program as a whole.”

In 255 races as a crew chief in NASCAR, Norris has three wins, 30 top-five and 107 top-10 finishes and six poles. Working with Poole the last two seasons, the duo qualified for the Xfinity playoffs both seasons.

Rheem partners with JGR to sponsor Bell and Preece in 2018