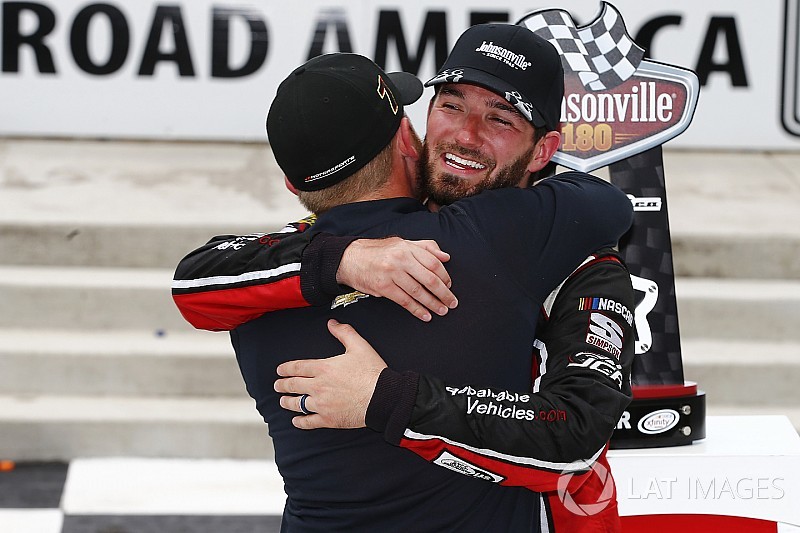 Year after year, race after race, Jeremy Clements and his family-owned NASCAR Xfinity Series team have battled enormous odds, many times without even the chance to be competitive.

In 12 years of competition, he led a grand total of 48 laps, and in 255 career starts, Clements best finish was fourth last season at Talladega (Ala.) Superspeedway.

He was suspended by NASCAR for two races in 2013 for a violation of the sport’s code of conduct and he suffered a severe injury to his right-hand while competing in a dirt late-model race in 2004 that nearly ended his racing career.

So, why continue to come back each season in decade-old chassis and compete against teams with multi-million dollar budgets and seemingly little chance to be successful?

There aren’t many races each season where Clements and other small, underfunded teams like his can compete on anything close to an even playing field, but superspeedways and road courses offer the best opportunities.

Clements made the most of his in Sunday’s Johnsonville 180 at Road America, earning his first series victory in a wild finish, that included he and then-leader Matt Tifft spinning out in the last turn on the next-to-last lap.

“Each year I feel like we try to get better. Last year I thought we ran a lot of good races. That’s what you do it for and to win, obviously. But I’m just trying to stay out here and you never know, maybe catch a break,” Clements, 32, said.

“We don’t get the big bucks like the bigger teams. We get a fraction of that. We just try to put it to the best use to try to keep doing it. Luckily, it hasn’t broke us yet.”

Nearly everything had to go right for Clements to win on Sunday, and it did.

While many of the leaders had already made their final pit stop late in Stage 3, Clements was among those elected to remain on the track as long as possible and eventually inherited the lead.

When he finally did pit, Clements was so far ahead of the drivers who had pit earlier on the 4-mile track that he didn’t lose much track position after making his stop.

That left him with much fresher tires for the dash to the finish, which proved vital in his ability to return to the front and get in position to challenge Tifft for the lead.

Racing side-by-side with Tifft entering Turn 14 on Lap 44 of 45, Clements got into Tifft, but both drivers spun out and off the track.

In nearly every similar instance, that would have ended both drivers’ chances at a victory.

But the duo had built up an 11-second lead over third-place. Clements quickly got his No. 51 Chevrolet back in gear and on the track to take over the lead before Michael Annett – who was in third – reached the spot of the incident. Clements then easily held off Annett for the win.

Yes, everything had to go right for Clements to win. And many more times than not in racing, it does – and will – not.

But the one time it might is motivation enough for him to keep racing.

“To even be here every week is very hard. We have to make a lot of sacrifices,” Clements said. “We run older stuff every week. We try to bring stuff better and better each year as we get more money.

“I’m just glad to be here and drive as hard as we can every week. That’s all you can do.”

Sometimes that is enough.

Watch highlights from his win below:

Matt Tifft inches closer to victory: "You want the first win so bad"