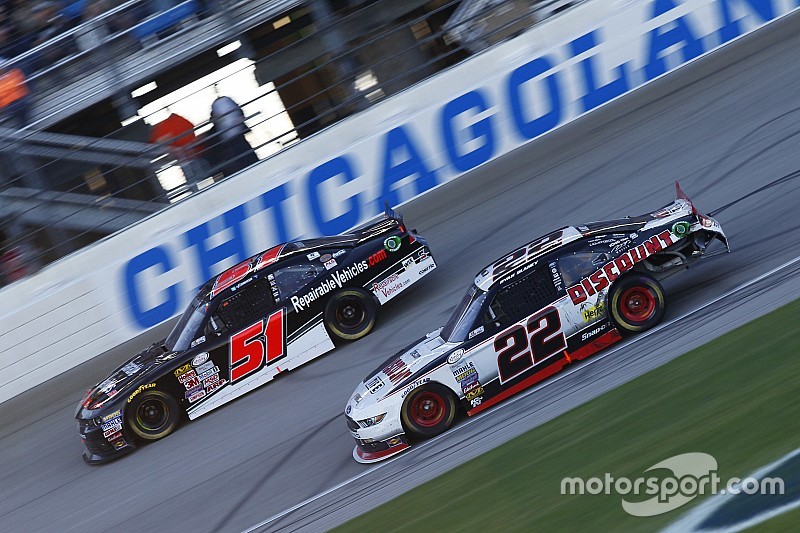 There is expected to be at least one significant change in the NASCAR Xfinity Series schedule next season.

Chicagoland Speedway, which has hosted two Xfinity races since the 2011 season, will lose its standalone event in 2016, multiple sources confirmed to Motorsport.com.

The standalone event at Chicagoland has typically been held during the summer. The track’s second Xfinity race is held during its Sprint Cup Series weekend each September, which kicks off the championship Chase each season.

Chicagoland’s loss is expected to be Pocono Raceway’s gain.

Pocono is expected to add an Xfinity race to its compliment of NASCAR events, sources confirmed to Motorsport.com. The track currently hosts a weekend in June which includes Cup and ARCA races. Pocono’s August race weekend already includes a Truck race along Cup and ARCA events.

Pocono, a 2.5-mile triangular-shaped track that has been on NASCAR schedules since 1974, has never hosted an Xfinity Series race but nearby Nazareth (Pa.) Speedway hosted 17 races in the series from 1988 and 2004.

There are at least two important benefits for Pocono hosting an Xfinity race. First, the future of the track’s IndyCar Series date remains uncertain and the race would serve to add another event to its calendar.

Second, new series sponsor Xfinity is owned by Comcast Corp., whose headquarters is located in Philadelphia – less than a two-hour drive from Pocono.

NASCAR officials have said completed 2016 series schedules are unlikely to be released before the next two weeks.

A request for comment was not immediately returned by officials at Pocono Raceway.

Brandon Jones to run full Xfinity schedule in 2016 with RCR