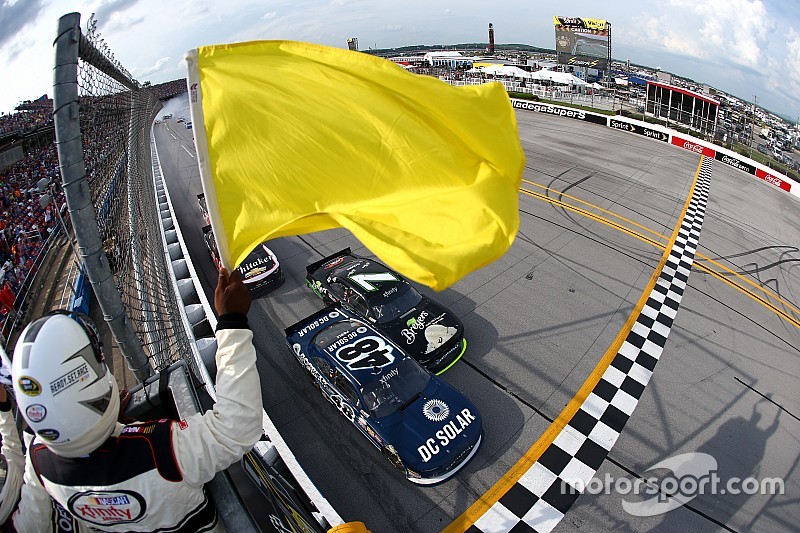 For rookie Brennan Poole, the situation was somewhat surreal.

He had run up front nearly the entire race and put himself into position to be a factor in the outcome of the race. When Logano and Sadler made contact, Poole was able to avoid the incident and drove away from the fray and across the finish line.

“I thought we were away from them and won but congrats to Elliott, he’s a former Late Model stock guy like myself,” said Poole, who drives for Chip Ganassi Racing. “The car was great all day. We were right there.

“It was so much fun racing with Joey and Elliott and all these guys. Thanks to Clements for pushing me and giving me the opportunity to win. What an awesome day.”

After an extensive review, Poole was scored as the third-place finisher.

“It never fails at Talladega – it always comes down to that last little stretch coming to the checkered. Great job by everyone at JRM,” he said. “To have Elliott win and have us finish second, that’s great for Hendrick’s engine and chassis shop.

“I knew we had a shot at it. It was just knowing when to push and being careful not to lock bumpers. I wanted that one really, really bad.”

Logano walks away from crash: Sadler knew "what he had to do to win"