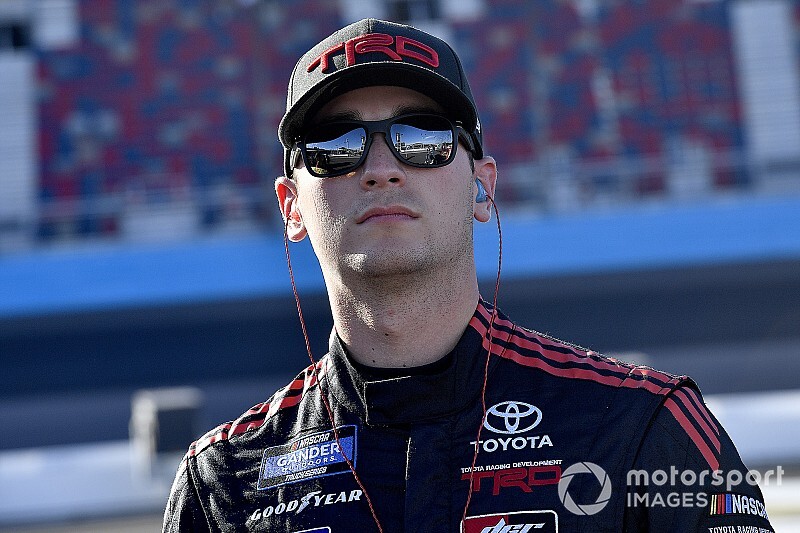 RCR announced this week that Alfredo will share driving duties in its No. 21 Chevrolet in the Xfinity Series next season with Myatt Snider.

Alfredo, who has competed in the NASCAR K&N Pro Series East and in Trucks the last two seasons, will drive several races in the No. 21 in 2020. His schedule will be announced at a later date.

Both Snider and Alfredo are students at UNC Charlotte.

“It’s an honor to have the opportunity to compete in the Xfinity Series for Richard Childress Racing in 2020,” said Alfredo. “It’s every racer’s dream to drive for such an iconic organization like RCR.

“I’m very thankful for everyone that has helped put this together, including my family, friends and our partners. This is a career-making opportunity for me, and I plan to take full advantage of it.”

Alfredo, a 20-year old native of Ridgefield, Conn., competed fulltime in the Pro Series in 2018, earning one win and nine top-10 finishes and ended up fifth in the series standings.

Last season, Alfredo competed in 12 Gander Outdoor Truck Series events with DGR-Crosley, where he earned two top-10 results, including a career-best finish of eighth at Charlotte.

“I’ve watched Anthony drive in the Truck series this past season and I’m certain he’ll do well in our Xfinity Series cars,” said Richard Childress, chairman and CEO of RCR.

“RCR has had a lot of success over the years producing young, talented drivers through our development program. I believe that Anthony will fit right into that same mold.”