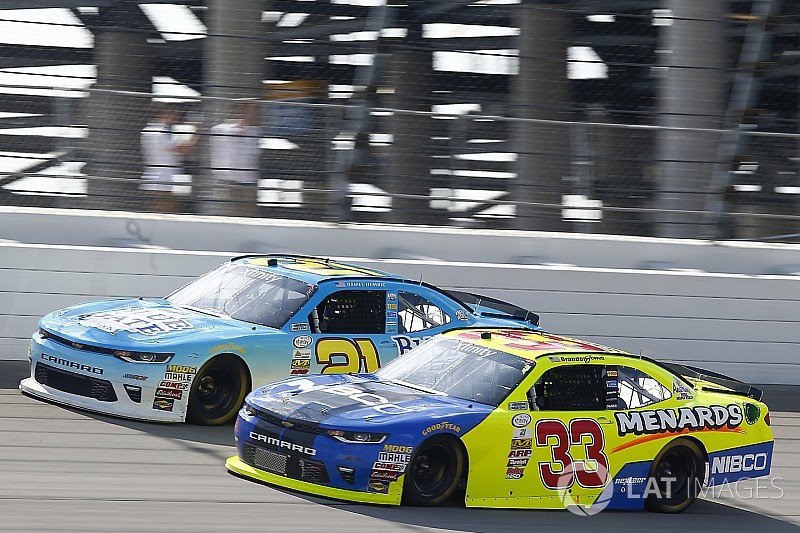 Stockman, who led Austin Dillon and the No. 3 RCR team to the NXS title in 2013, will be sidelined for the next four races after ballast dislodged from the No. 21 Chevy driven by Daniel Hemric at Dover International Speedway. Car chief Clint Almquist and team engineer Luke Mason were also suspended as result of the infraction.

Randall Burnett will oversee the No. 21 team starting this weekend at Charlotte Motor Speedway. Hemric is fifth in the NXS standings, 35-points ahead of the cut line heading into this weekend’s elimination race.

Brandon Thomas, who leads RCR’s Vehicle Development Group, moves to the No. 33 team and driver Brandon Jones. Thomas replaces Nick Harrison. Jones is in his second full season in NXS at RCR and sits 17th in the standings. He scored his first and only top-five finish in a limited five-race run in 2015 under the direction of Stockman. This year has been a struggle for Jones. His best result was ninth twice. Jones has six DNFs in the first 28 races — including last weekend at Dover where he completed just four laps.

Harrison will be reunited with Austin Dillon and the No. 2 team this weekend. The driver/crew chief combo won two races together in 2015 — including Charlotte. The pair has 12 starts together with eight top fives and nine top-10 finishes.

Crew chiefs Matt Swiderski and Shane Wilson will remain with the No. 2 and 62 teams, respectively.

Hemric to continue with Richard Childress Racing in 2018