Ross Kenseth is ready for his NASCAR debut 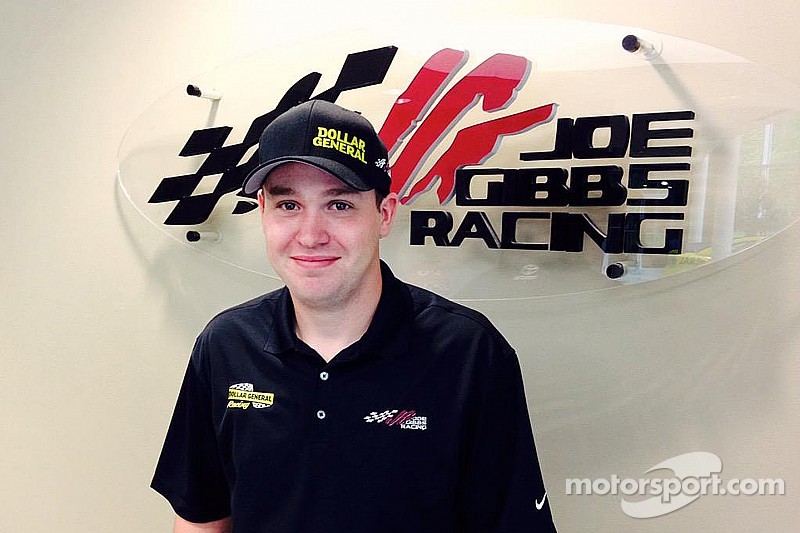 BRISTOL, Tenn. – Patience has paid off for Ross Kenseth.

The second-generation racer will make his NASCAR XFINITY Series debut in the No. 20 Dollar General Toyota for Joe Gibbs Racing at Chicagoland Speedway on June 20.

While most 21-year-olds would feel nervous having their coming out party at his hometown NASCAR track, Kenseth appears relieved knowing his opportunity will come with an organization as stout as JGR.

It’s pretty surreal – it still is – it probably won’t set in until you’re in the car for the first time.

“I went to school about an hour-and-a-half from there, so it feels like going home again,” Kenseth said. “To make my first start there is pretty special.

“It’s pretty surreal – it still is – it probably won’t set in until you’re in the car for the first time. But to be able to put a deal together with Coach Gibbs and JGR and Dollar General – it’s been a dream come true to be able get that first start. To be able to do it in top notch equipment and have a really competitive car like that is really exciting.”

JGR’s XFINITY Series lineup boasts some of the top drivers in the sport – where last week’s winner Erik Jones and Daniel Suarez race alongside Cup regulars Matt Kenseth, Denny Hamlin and Kyle Busch, whenever he returns to competition

“This is an exciting time for us,” said team owner Joe Gibbs. “We’ve got several young, talented drivers in our stable, and now we have the chance to add Ross Kenseth to that list.

“Ross has been working hard and showing that he is ready for this next step. We’re excited that he will be doing that in the No. 20 car with our partner Dollar General.”

Gibbs will also provide assistance to Kenseth’s Late Model and ARCA program. JGR is working with another development driver – Cody Coughlin – in the ARCA series.

Getting up to speed

Although Kenseth was study engineering at Clemson University, balancing his time between his studies and racing was difficult. Kenseth acknowledged “both suffered”.

In the end, Kenseth opted to follow his passion – racing. The decision paid off with championships and wins in such prestigious short track races as the Snow Ball Derby and All-American 400.

“I’ve been trying to get as many Late Model starts as possible,” Kenseth said. “I’m running a couple of ARCA races before at Chicagoland, hopefully that will help a little bit. I don’t have a lot of mile-and-a-half experience but running Michigan (ARCA). So, I’m running Chicago the day of the race. That should help.

“I’ve raced 23 races a year for the last six years. I’ve seen a lot of guys in the garage that I’ve raced Late Models against and had some success at that level as well. It gives you confidence knowing you can compete with those guys at different levels of racing.”

Kenseth hasn't asked his father, Matt, for advice on the upcoming race. When the time comes, he knows the 2003 Sprint Cup Champion will be helpful. One of the best lessons his father offered him prior to this ride was to wait for the right break to come along. The elder Kenseth believes his son "is never going to be more ready for the opportunity than he is now."

"Ross has been worked really hard to try to get a good opportunity," Matt Kenseth said. "Certainly, I don't think the opportunity could be any better than this. I feel like the 20 car is one of the best XFINITY cars  out there this year with "Wheels" (crew chief Mike Wheeler) running that thing.

"It will be a great shot for him. I really appreciate Joe and everybody at JGR giving him that chance...and Dollar General to jump on and sponsor his first-ever NASCAR start. That's exciting for me. It's an off-weekend so I'll be there and be able to be a part of it."