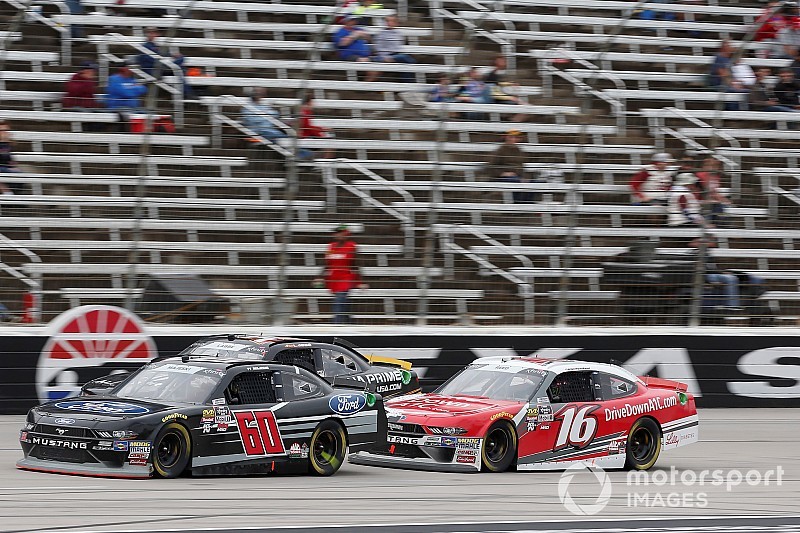 Roush Fenway ran two full-time Xfinity cars during the 2018 season -- the No. 16 and the No. 60. The No. 6 also appeared as a third entry at Road America with Conor Daly at the wheel.

Ryan Reed was the sole driver of the No. 16 since 2014, but his long-time backer Lilly Diabetes terminated the relationship at the end of the season. He won two races with RFR, both in the season-opener at Daytona International Speedway.

Austin Cindric, Chase Briscoe and Ty Majeski shared the No. 60 in 2018 and the car was involved in numerous incidents throughout the year.

Cindric is moving to Team Penske full-time in 2019 while Briscoe will join Stewart-Haas Racing, who is partnered with Fred Biagi. Majeski and Reed's plans remain uncertain.

Roush's Xfinity program began in 1993 and has won 137 races, as well as five driver championships with Chris Buescher being the most recent in 2015.

"We're going to focus exclusively on both of those Cup teams and realized we needed to allocate all of our resources there,” Newmark told SiriusXM's Claire B. Lang. “We’ve fluctuated on the number of the teams in the Xfinity Series, and a lot of that has been based on need. We’ve been four, we’ve been one, and I think (in 2019) we’ve decided on how we’re positioned we’ll step out of that for a year and see how that goes and just focus all the resources, all the engineering, all the wind tunnel on making sure that we perform to our expectations at the Cup level.”

He admitted that sponsorship played a role in the decision, saying, "there’s no doubt that sponsorship plays a factor in everything that we do. For better or worse, that’s the way NASCAR is structured right now and sponsorship is the lifeblood for the teams. My hope is that at some point in time we continue to evolve to a model that moves a little bit way from that. But that was just a factor."

However, this move could only be temporary as the team looks to bolster their struggling Cup program, which went winless in 2018. Newmark later added, "(The) Xfinity Series is something that Jack (Roush) has always been passionate about."