With his rookie season behind him, Ricky Stenhouse Jr. heads into 2014 Daytona Speedweeks with extra confidence, as crew chief Mike Kelley is back at the helm of his up-and- coming race team. Kelley led Stenhouse to two back-to-back Nationwide Series championships in 2011 and 2012 and to NNS rookie of the year honors in 2010. 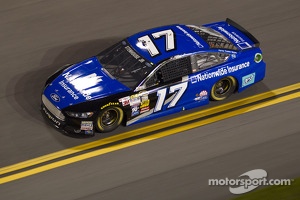 “I’m definitely looking forward to having Mike back on the pit-box leading our team this season,” said Stenhouse. “Last year we still talked almost every day about our races. Chemistry between crew chief and driver definitely makes a team successful; look at Jimmie (Johnson) and Chad (Knaus). I have been at the shop a lot this off season and all the guys on the No. 17 are excited for the season and feel confident.”

Kelley took over the reins, as Stenhouse’s crew chief at Texas Motor Speedway in April 2010 and the duo have not looked back. The pair’s accomplishments include back-to-back Nationwide championships and rookie of the year honors. In 94 starts together, the duo claimed eight wins, 38 top-five and 60 top-10 finishes.

Last season the up and coming RFR driver posted three top-10 finishes and a pole (Atlanta) during his rookie season in the Sprint Cup series, including a career-high finish of third at Talladega in the fall.

The 2013 Sprint Cup rookie of the year will make his first Sprint Unlimited start this Saturday night, Feb. 15.