The perils of going over 'the wall' 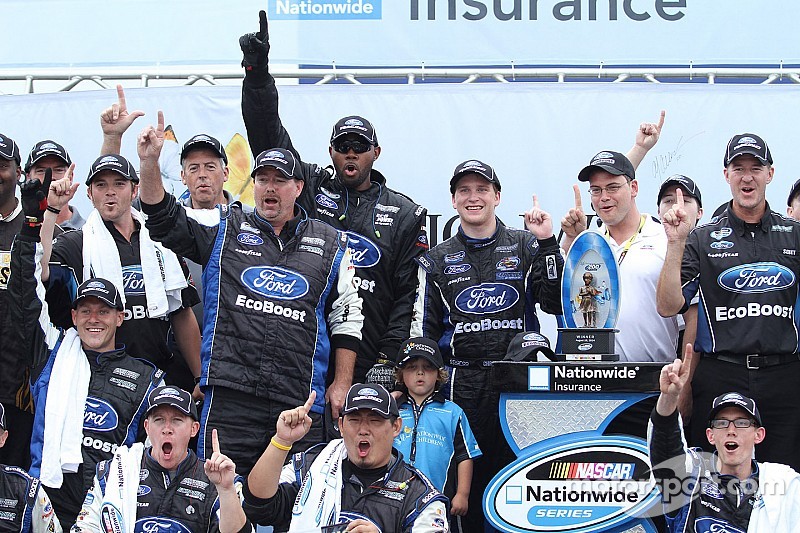 Chris Buescher was still enjoying the aftermath of his first career win on Thursday at Bristol Motor Speedway.

But the No. 60 pit crew that backed him up at Mid-Ohio will not be fully intact at Thunder Valley this weekend.

The reason? Two of Buescher’s crew and the jackman on Ryan Reed’s No. 16 Ford were injured going over ‘the wall’ of the 2.258-mile road course. Yes, pit squads realize the dangers of servicing race cars but at Mid-Ohio where the pit road wall measures 44 inches – the tallest on the circuit -- it can be difficult for teams to scale the structure when they are used to climbing over 30 inch barriers.

Buescher’s front tire changer Cody Kemper suffered a sprained ankle. His jackman Joe So ruptured the Achilles tendon on his right foot. Both men serve in the same role on the No. 38 Cup team. In Friday night’s Nationwide race, the crewmen will be replaced by tire changer Mike Lingerfelt and Rodney Fetters. Justin Rolfe will fill in for Mike Brown, who broke his left foot.