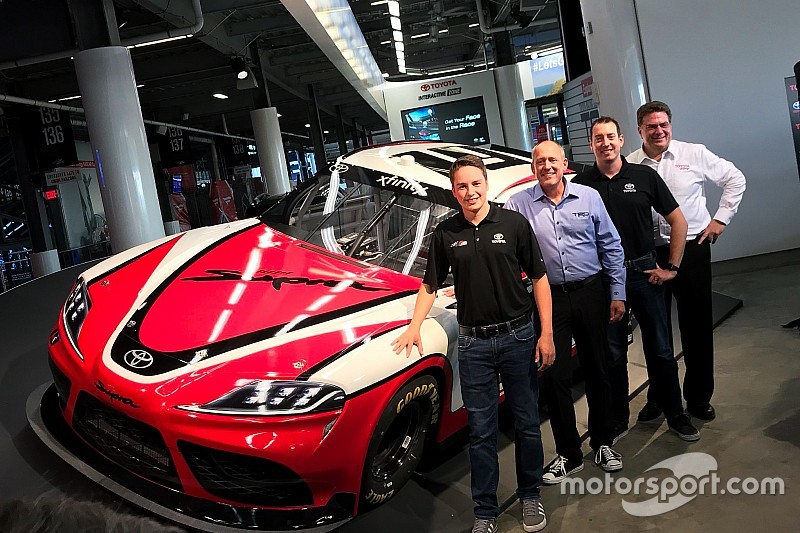 Much time and work was put into the development of Toyota Racing’s Supra nameplate, which will debut next season in the NASCAR Xfinity Series.

With virtually no testing allowed in NASCAR, new vehicles rely on extensive simulation and wind tunnel time in their development.

“You know, we don’t know what we don’t know, I guess is the thing. With the Camry, for example, so we all rolled in together in 2013 with (the) Gen 6 (version), and then two years later, we updated to the model year '15 Camry,” said David Wilson, president of Toyota Racing Development.

“Then two years later, we updated to last year’s (Camry). So each time we do that and go through that exercise and the iterative process of developing those cars without any track testing, I think we just get better at it.

“We learn every time we bring a new car to the race track. So again, all of that usually pays off, and our record so far, knock on wood, is that we generally hit the track fairly competitively. So expect no different next year.”

Toyota’s smaller team numbers also lends itself to focus on quality rather than quantity.

This season, Joe Gibbs Racing fields the only factory-supported Toyota entries in the Xfinity Series. It’s possible that could expand next season.

“We’re having ongoing conversations. Obviously, we expect our partners at Joe Gibbs Racing to continue racing. They’ve been committed to the Xfinity Series for a long time,” Wilson said.

“For Toyota, the Xfinity Series, obviously it’s important for Supra, but it’s also important as a stepping stone in our driver development program.

“So, what’s most important is that we get out there with as many Supras as possible to give these young drivers a chance to compete at that level before getting promoted up to Cup.”

One of those drivers will be Christopher Bell, last season’s Truck series champion who is competing for JGR full-time in the Xfinity Series this season. He is expect to return for another full-time season in 2019.

“Gibbs is a great organization, and I’m sure they’re going to figure it out, but I really don’t know how much of a learning curve we’re going to have. We’re just going to drive the crap out of it.”

Toyota's Supra to replace Camry in the NASCAR Xfinity Series