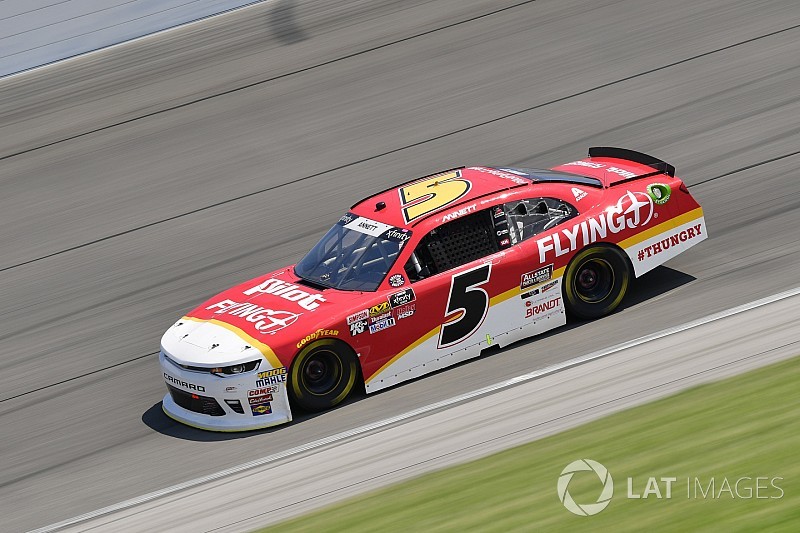 Travis Mack, who began the season as Kasey Kahne’s crew chief in the NASCAR Cup Series, is returning to JR Motorsports.

Mack will take over as crew chief for JRM’s No. 5 Chevrolet team and driver Michael Annett in the Xfinity Series beginning this weekend at Watkins Glen (N.Y.) International. Mack replaces Jason Stockert.

Mack, 35, is a former employee of Hendrick Motorsports and JR Motorsports, dating back to 2004. During the 2014-15 season, he held the role of car chief on JRM’s No. 9 Xfinity entry and was part of the team’s 2014 championship campaign.

“We are constantly building toward the team’s future,” said Ryan Pemberton, JRM’s director of competition. “At this point in the season it was time for us to evaluate where the No. 5 team was and where we wanted it to be moving forward. It became clear a change was necessary.

“I want to thank Jason (Stockert) for all he’s done for the organization in building the No. 5 team from the ground up. But we’re also looking forward to a new chapter with Travis.”

Stockert, who has been with JRM since 2017, will move into another role within the organization.

Following a 14th-place finish at Iowa Speedway last weekend, Annett is currently 14th in the series standings, 40 points outside of the top 12.

“I’m very grateful to be able to return to JR Motorsports,” said Mack. “To have been here previously as car chief and now to come back as a crew chief is a tremendous opportunity. I’m looking forward to getting started with the No. 5 team this weekend.”