Trevor Bayne Undergoing Medical Tests; Will Not Race in Richmond this Weekend 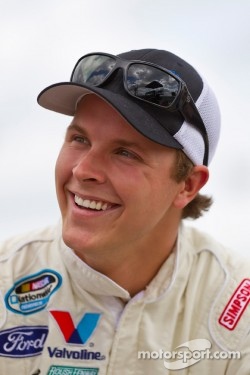 CONCORD, N.C. (April 28, 2011) – Roush Fenway’s Trevor Bayne has been hospitalized and is undergoing tests for symptoms that are thought to be related to the insect bite he sustained earlier this month.

“Trevor was not feeling well early this week and he is currently being evaluated for lingering symptoms that may be related to his previous insect bite,” said Roush Fenway president Steve Newmark.

“Unfortunately Trevor will not be available to drive the No. 16 Ford for us this weekend in the Nationwide race at Richmond. As of now, our plans are to use a substitute driver from the Roush Fenway family of drivers in place of Trevor at Friday night’s race.”

“Obviously Trevor wanted to be in Richmond and he’s upset about not being able to compete. However, his health is our top priority and we insisted that he have these tests to get to the bottom of his symptoms,” added Newmark. “We will work to provide you with further updates as they become available.”

The 20-year old driver was treated and released earlier this month after a reaction from an apparent insect bite on his left elbow that he suffered earlier that week while at home in North Carolina.