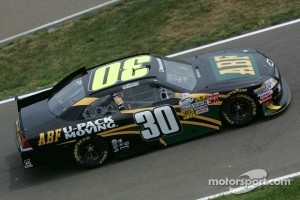 MOORESVILLE, N.C. (August 21, 2012) - Turner Motorsports announced today changes within two of its NASCAR Nationwide Series (NNS) teams. Effective immediately, the No. 30 and No. 38 teams will interchange their entire crews, including crew chiefs, in an effort to evaluate performance and prepare for the 2013 season.

Trent Owens, who has led James Buescher and Nelson Piquet Jr. to NNS victories this season, will take over as crew chief for the No. 38 Great Clips team with drivers Kasey Kahne and Brad Sweet. A former driver himself, Owens is a long-time fixture in the NASCAR garage. Over the years, the Darlington, S.C., native has been successful working with a variety of drivers with different levels of experience and has visited victory lane with both rookies and veterans alike including Buescher, Piquet. Jr., Mark Martin, Dave Blaney and Reed Sorenson.

Mike Hillman Jr., who joined the organization this season to lead Miguel Paludo's efforts in the NASCAR Camping World Truck Series (NCWTS) this season, will take charge as crew chief of the No. 30 team, which features a myriad of drivers. Hillman Jr. has served as a NCWTS crew chief since 2005, amassing two championships, 19 wins, 81 top-five and 107 top-10 finishes in 185 races atop the pit box. Hillman Jr.'s most recent NNS event as crew chief came with Paludo at Road America in June of this year. 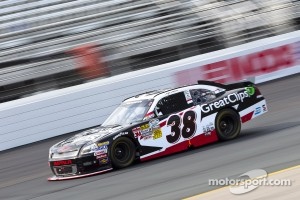 The changes are part of an ongoing process by Turner Motorsports, which is credited with five NCWTS and six NNS wins since September, 2010, to gauge performance and ensure that the right people are in the right place to achieve race wins and championships.

"We have a responsibility to all of our marketing partners to consistently be doing everything we can do to make our programs stronger," said team owner Steve Turner. "This personnel change is an effective way to evaluate each team's strengths and to build upon them as we prepare to contend for a Nationwide Series championship in 2013."