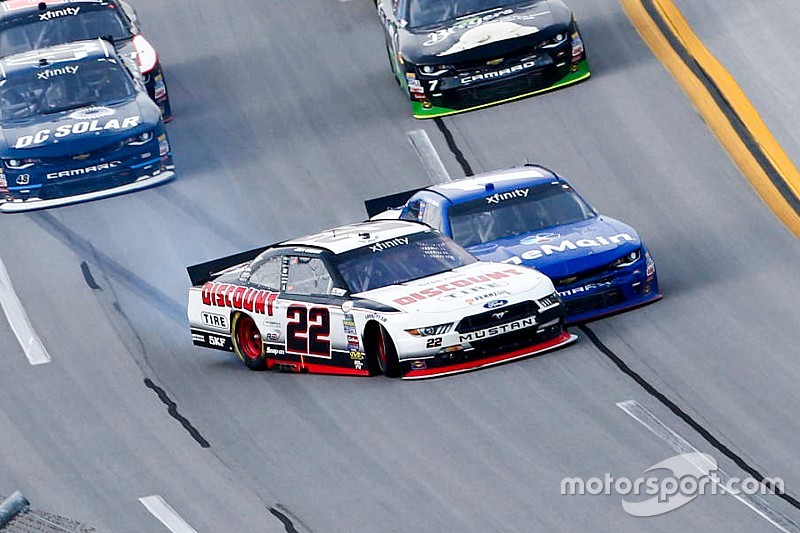 Brennan Poole and Elliott Sadler both sat in their respective cars below the finish line at Talladega Superspeedway waiting to celebrate – each believing they had won Saturday’s NASCAR Xfinity Series race.

It was jubilation for Sadler, who ended a 65-race winless streak on his birthday. For everyone else, it was confusion.

Joey Logano took the green flag on the final lap of overtime but as the cars exited Turn 4, Logano attempted to block Sadler from advancing. Instead, Logano got turned into the wall and several other cars began to wreck.

Poole escaped to cross the finish line, but what many people failed to notice was the flagman was waving the caution and checkered flags at the same time.

Under NASCAR rules, when a caution is displayed, the field is frozen and after a review of the tape, it was clear Sadler’s car was still the leader when the caution was still displayed.

“People don’t know how hard it is to win these races,” an emotion Sadler said after being informed of his victory. “Dale Junior gave me a great opportunity to come over here (to JR Motorsports). I have one heck of a race team.

“I’m so happy. This is a great birthday gift for me and the best thing is my wife and kids are here with me. We needed this win. We had a little luck and made it at the end.”

With the victory, Sadler also clinches a spot in the series championship Chase. The win is also the second consecutive for JRM – co-owner Dale Earnhardt Jr. won last weekend’s race at Richmond, Va.

“We’re putting a sticker on my car because were in the Chase this year. Shoutout to everyone at JR Motorsports for giving me a great piece,” Sadler said. The win is Sadler’s 11th of his career and first since his victory in this race almost exactly two years ago.