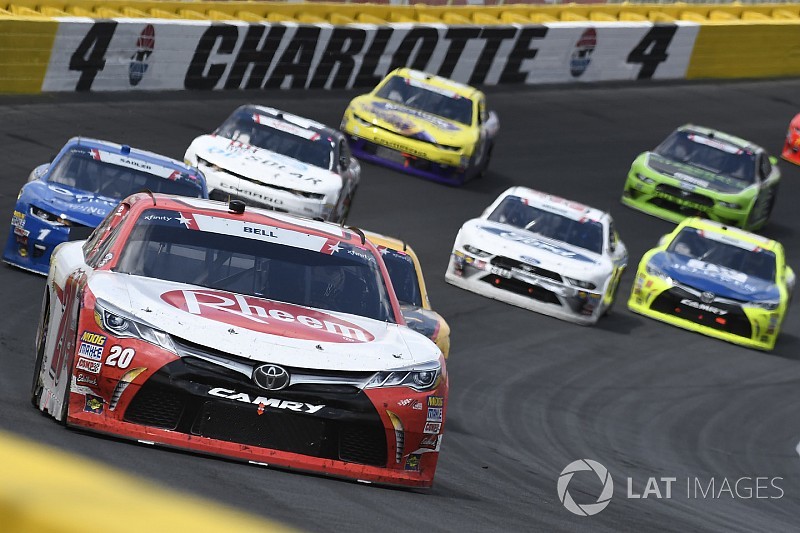 Two NASCAR Xfinity Series crew chiefs have been suspended from this weekend’s race at Pocono Raceway.

The team was also stripped of 10 driver and owner points and Bell’s third-place finish cannot be used toward tiebreakers in the playoffs.

There was no immediate response from JGR on Tuesday whether they would appeal the penalty or who Ratcliff’s replacement will be at Pocono.

In addition, Keith Wolfe, the crew chief on B.J. McLeod Motorsports’ No. 8 Chevrolet has been fined $10,000 and suspended for one race for having too many unsecured lug nuts when the car was checked following Saturday’s race.

The team will not appeal the penalty.

On the Monster Energy NASCAR Cup Series side, Cole Pearn, crew chief for driver Martin Truex Jr. and the No. 78 Furniture Row Racing Toyota team, was fined $10,000 for one unsecured lug nut found on the car following Sunday night’s Coca-Cola 600.

Alex Labbe: “I didn’t want to pass out in the car”