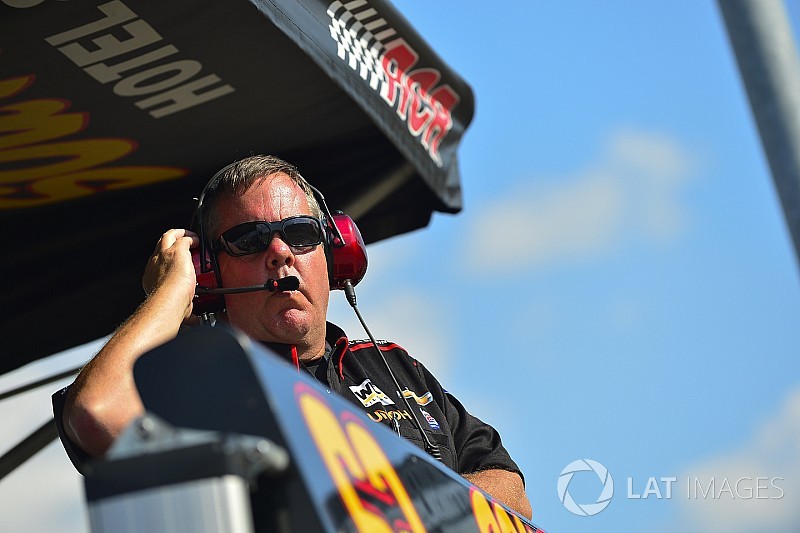 Wilson comes to JGL from RCR where he served as crew chief for driver Brendan Gaughan for the past four seasons. Grala announced previously he was moving from GMR Racing and the Truck Series to JGL next season to compete in the Xfinity Series.

JGL will also have a technical alliance with Roush Fenway Racing.

“I am excited to join JGL Racing,” Wilson said in statement. “They have been improving their performance each year since they started racing in the Xfinity Series.

“With the addition of the technical alliance with Roush Fenway Racing and Kaz as the driver – along with the internal support from James (Whitener) and Steven (Lane) – this should make for another positive step in performance and results in 2018.”

Wilson will serve alongside Lane who switches over to the leadership position of team manager/competition director.

Wilson's vast experience in the sport includes serving as crew chief for just short of 500 races in NASCAR’s three national series – Monster Energy NASCAR Cup, Xfinity and Trucks. During that time, he has accumulated 27 wins, 96 top-five and 200 top-10 finishes.

“There is a lot of change happening at JGL Racing for 2018, which is why having a veteran crew chief will be so important,” Grala said. “Shane Wilson is the perfect guy for the job between his Cup background, years of Xfinity experience and up-to-date knowledge from his past decade at RCR.

“He brings all the tools necessary to further build our program and contend in the 2018 NASCAR playoffs."

In addition to the Wilson/Grala pairing on the No. 24 entry, JGL Racing is also putting the finishing touches on its No. 28 team, with details to be announced soon.