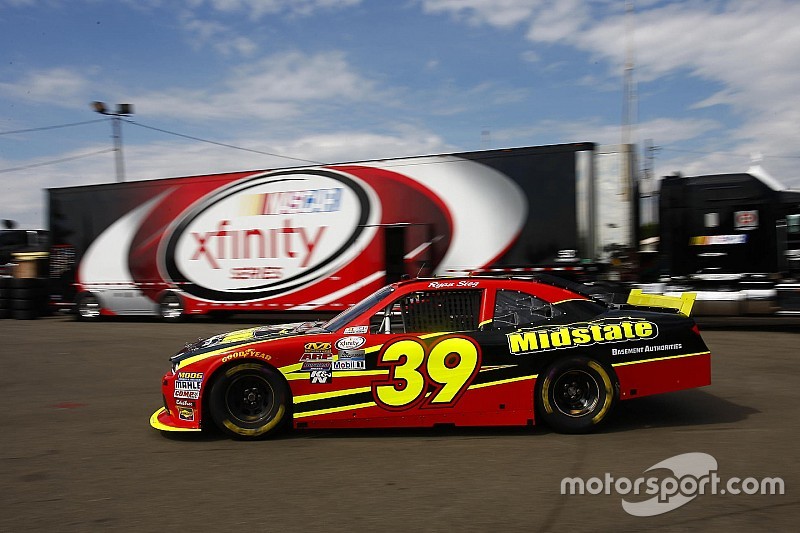 The championship Chase in the Sprint Cup Series gets underway this weekend at Chicagoland Speedway but for NASCAR’s other two national series – Xfinity and Camping World Trucks – this weekend’s races mark the final chance to earn a spot to compete for those series titles.

Here’s a look at who’s in, who needs to win, and who needs help with one race remaining:

The Truck series will have an eight-driver field for its Chase, which will cover seven races and three different rounds. The first race of the Chase is Sept. 24 at New Hampshire Motor Speedway.

Three drivers can make the final two spots based just on points – Daniel Hemric, Timothy Peters and Cole Custer. A win by any of the three would lock that driver in.

Hemric has the best chance to get in on points, needing to finish just 23rd or better in Friday night’s race to guarantee a berth. Peters and Custer would both need help from other drivers.

The following eight drivers are eligible to make the Chase but only if they were to win Friday night’s race: Cameron Hayley, Tyler Reddick, Ben Rhodes, Spencer Gallagher, Rico Abreu, Austin Wayne Self, Travis Kvapil and Jordan Anderson.

The Xfinity Series will have a 12-driver field for its Chase and it will also cover seven races and three different rounds. The first race of the Xfinity Chase is Sept. 24 at Kentucky Speedway.

Four drivers can make the final two spots based on points – Blake Koch, Ryan Sieg, Dakoda Armstrong and Jeremy Clements. A win by any of the four in Saturday’s race would lock that driver in. Other than a victory, the last two spots in the Xfinity Chase are virtually wide-open when it comes to points.

For the most part, without a win, the best chance for Koch, Sieg, Armstrong and Clements to get in by points will be to do their best to outperform the other three in Saturday’s race. Of the four, Koch has the easiest path (but not by much) to make the field on points.

The following five drivers are eligible to make the Xfinity Chase but only if they were to win Saturday’s race: Ross Chastain, Ryan Preece, Ray Black Jr., B.J. McLeod and Joey Gase.

Matt Tifft on his return: "I wanted to come here because I’m here to win"