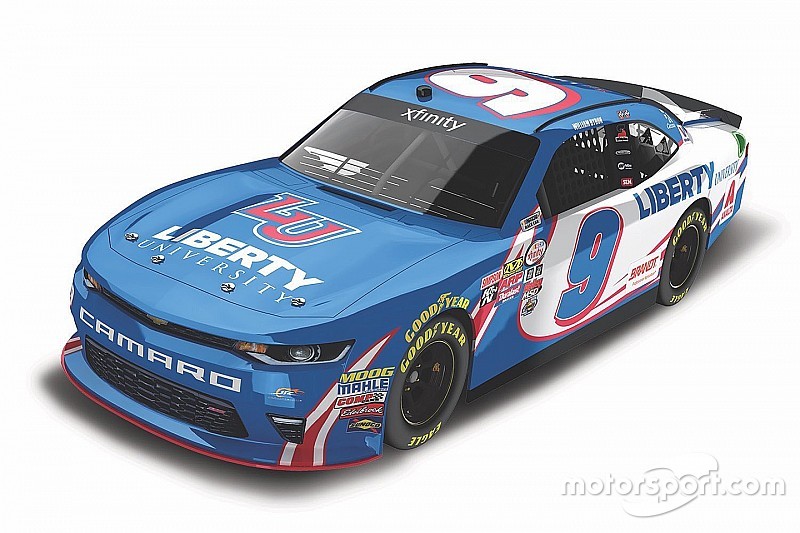 William Byron never knew Ricky Hendrick but he’ll be driving a vivid reminder of his NASCAR legacy in the Xfinity Series race at Darlington (S.C.) Raceway next month.

Ricky Hendrick, son of Monster Energy NASCAR Cup Series team owner Rick Hendrick, was one of 10 people killed in a plane crash in October 2004. He was 24.

“It’s like a flashback to all the great memories and his win at Kansas (in 2001),” Rick Hendrick said. “You see all of our folks energized again about seeing (the paint scheme) back on the car. When you look at all of the folks who worked on that team and (many) are still with us – that’s special.

“There’s a lot of raw emotions. It means a lot to me personally.”

The blue and white paint scheme mimics the colors Ricky Hendrick used, which were picked by himself and his then-sponsor, GMAC Financial.

Dale Earnhardt Jr., who co-owns JRM with Rick Hendrick, first came up with the tribute idea for Byron’s Xfinity entry at Darlington.

“This is something I’m really excited to be a part of,” said Byron, who had three wins in the series so far this season. “Hopefully, we can go down there and get a win – that would be really cool.

“I was a kid when Ricky was racing and I’ve watched videos and seen everything that he accomplished – the win in Kansas. He basically ran the Xfinity team (after he retired from driving). That’s kind of neat because my team now is kind of an extension of what he and Mr. Hendrick accomplished.

“I wasn’t in racing until I was 14 or 15 which is funny because that’s about when Ricky started racing, too.  There are a lot of similarities between us considering I didn’t know him personally.”

Several members of Ricky Hendrick’s original Truck team were on hand for the announcement, including his former crew chief, Lance McGrew.

In addition to the special scheme, Liberty University President Jerry Falwell announced the creation of the Ricky Hendrick Memorial Scholarship at Liberty. The scholarship will be awarded to an online and/or residential student enrolled in the undergraduate B.S. Business Administration: Automotive Dealership Management Program.

Click on image to watch video of the announcement:

Captain's Corner - Joey Logano goes for history at The Glen