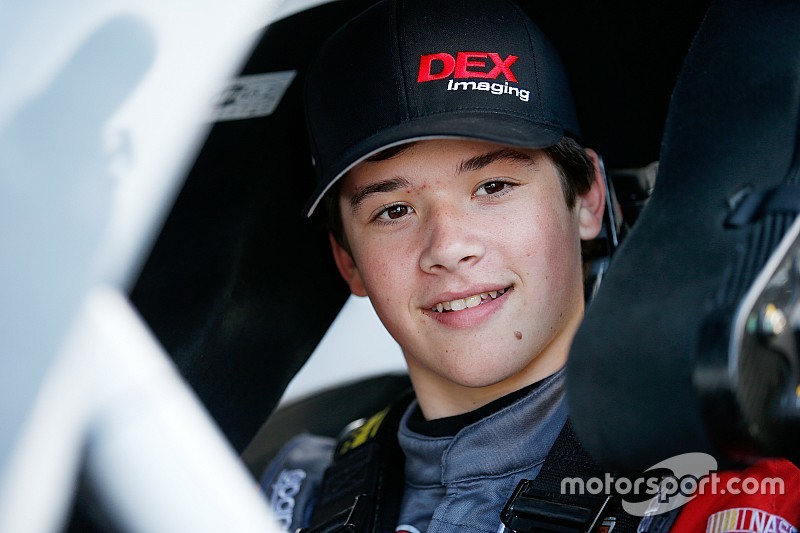 The NASCAR K&N Pro Series East returns to the state of Tennessee for the second time this season and will make history in the process.

Memphis International Raceway welcomes the top developmental touring series in NASCAR in the first NASCAR-sanctioned event to be help on the track that was formerly known as Memphis Motorsports Park.

Harrison Burton, the son of former Monster Energy NASCAR Cup Series driver and now a television analyst for NBC Sports Jeff Burton, has won two of the last three races in the K&N Pro Series East to take over the top spot in the standings entering the race on Saturday.

Burton recently made a visit to the track and is ready to try and pick up another win and stay atop the standings.

“The track is fun, a great track to race on,” Harrison Burton said. “There are a lot of places where you can make passes happen. You will see a lot of action out there. It’s a challenging race track where you will see some people making mistakes. But, we’re all looking forward to winning at Memphis International Raceway.”

The series mostly races on tracks a half-mile or shorter, so racing on the ¾-mile facility located just outside of Memphis in Millington, Tennessee will be the biggest oval the series visits this season and Burton is ready.

“This race is going to be exciting, the first race this season on a track bigger than a half-mile,” Burton said. “There is going to be some learning for the guys. I think it’s going to be an aggressive race, guys going full out for the win. You’re at the point of the season where guys aren’t thinking long term for the championship. It’s all about being able to bring the trophy home. I expect to see a lot of action out there.”

Harrison’s dad was also impressed with the track and said it should offer a great show for the fans.

“The track is really good shape,” Jeff Burton added. “I can’t believe they haven’t raced here since 2009,” Jeff Burton said. “To have a race track this nice not being used, it’s almost a crime. Hopefully, the fans will come out and support it and have more NASCAR races out here.”

Burton will lead a group of drivers expected to enter the race including the K&N Pro Series West points leader Todd Gilliland, who’s attempting to run both divisions this season.

He enters this race second in the standings to Harrison Burton 18 points out of the top spot in an effort to lead both standings. The two teenagers are the only two drivers to finish in the top five in all East races so far this season.

The race will be six of 14 for the K&N Pro Series East.

Will Rodgers lost to Harvick at Sonoma, but had the time of his life