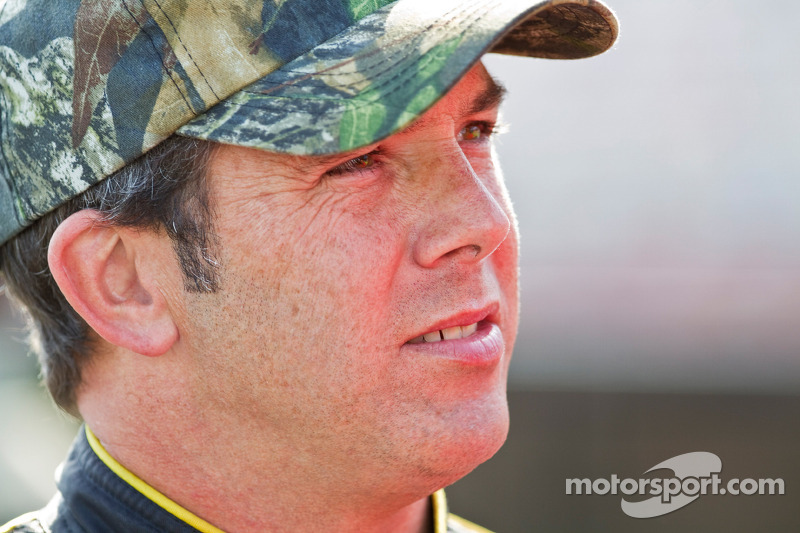 HUNTERSVILLE, N.C. (April 15, 2014) - 1993 NASCAR Nationwide Series Rookie of the Year and current Fox Sport 1 analyst Hermie Sadler will return to the track as he will compete in the Denny Hamlin Short Track Showdown. The biggest celebrity-laden Late Model Race on asphalt is going back to its roots at South Boston Speedway (South Boston, Va.) on April 24th, as host Denny Hamlin and an all-star cast of drivers return to the race track that helped launch Hamlin's NASCAR career, among other racing stars.

Sadler, who competed at South Boston in the Late Model Division in the early 1990's, says the race being held at the legendary Virginia short track is one of the reasons he wants to compete this year. "I really appreciate Denny (Hamlin) and everything he does with his foundation and am honored to be invited to race, and getting to race again at South Boston Speedway makes it that much more special for me. It's also my birthday, so I'm hoping a lot of my family and friends can come out and celebrate with me for a great cause!"

Sadler will be driving a Chevrolet prepared by H.C. and Peyton Sellers of nearby Danville, Virginia. The car will be sponsored by Boyd Cars of Henderson, South Hill, and Emporia, Global Force Wrestling, and the all new Dominion Raceway. Practice begins at 1 p.m., qualifying at 5:30 p.m., qualifying races at 6:30 p.m., and the 200 Lap Feature will begin at approximately 8:00 pm.

Ander Vilarino back in victory lane