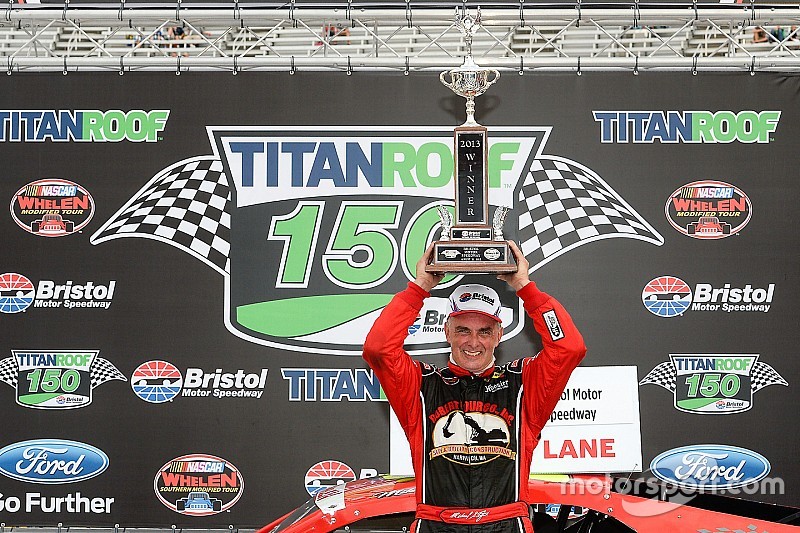 Stefanik was piloting a single-engine, single-seater Aero Ultra-Light aircraft. According to a report from NBC Connecticut, he had taken off from RICONN Airport along the Rhode Island border and crashed into a wooded area near the airport.

In his career, Stefanik won 74 NASCAR Whelen Modified Tour races in 453 starts, as well as seven championships between 1989 and 2006. He was also a two-time Busch North Series champion, now known as the K&N Pro Series East division.

Stefanik also made appearances at the national level, starting 52 total races between the NASCAR Xfinity and Truck Series.

“Mike Stefanik was one of the most successful drivers in NASCAR history, but even more so, he was a true representative of our sport. His tough, competitive nature and excellence on the race track won him the respect and admiration of fans and competitors alike. His career stretched more than 30 years, bridging the generations between Jerry Cook and Richie Evans to our current drivers. He recorded achievements in this sport that are likely untouchable, and his legacy as a champion will endure. We will keep his wife Julie and his family and friends in our prayers.”

"First and foremost, on behalf of everyone at the NASCAR Hall of Fame, we offer our most sincere condolences to Julie, Nichole, Christie and the entire Stefanik family on the loss of Mike.

"We are all very saddened to learn of the passing of NASCAR Hall of Fame nominee and nine-time NASCAR Champion Mike Stefanik. His record-tying nine championships just tells part of the story of his incredible legacy. He was intensely competitive, dedicated and tenacious and equally humble, versatile and respected. His seven NASCAR Whelen modified championships are second only to NASCAR Hall of Famer Richie Evans. His tenacity and dedication are exemplified in the facts that his first and seventh championships came 17 years apart and his first and 74th wins came an incredible 27 years apart, the final win coming at age 55 at the very tough Bristol Motor Speedway. His versatility can be seen in winning back-to-back titles in both the Whelen Modified Tour and KN Pro Series East in 1997 and 1998 and winning the NASCAR Gander Outdoors Truck Series rookie of the year the following year, 1999. Despite his success and frequent dominance, perhaps what Mike will most be remembered for is his humility and the respect he had from his fellow competitors.

"Mike’s legacy and commitment to NASCAR will be forever remembered, celebrated and cherished here at the NASCAR Hall of Fame and in our hearts and minds."

“Yesterday, the short track community lost one of the greatest modified drivers in history. Mike Stefanik was a true champion on and off the racetrack making a long-lasting mark on short track racing, specifically in the NASCAR Whelen Modified Tour. With 10 career victories, Mike is one of New Hampshire Motor Speedway’s top winning drivers. I know that I can speak for everyone here, as well as our entire Speedway Motorsports, Inc. family, when I say that Mike will be truly missed. Our thoughts and prayers are with his family, friends and the entire NASCAR community during this very difficult time.”

Yes, a green flag was waving, but know the whole story