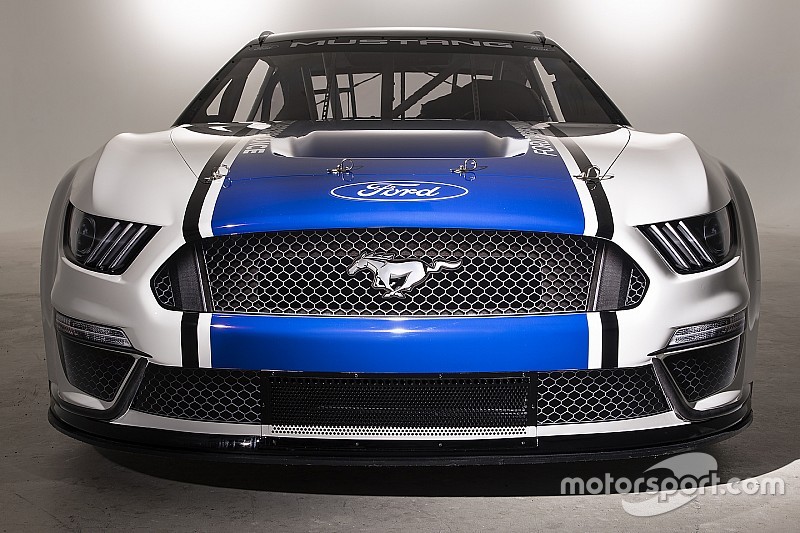 The new-for-2019 NASCAR Ford Mustang will make a special appearance at the Supercars season opener in Adelaide in the hands of Marcos Ambrose.

The demo will also include Australian racing legend Dick Johnson in the new Supercars-spec Mustang – which will make its competitive debut on the streets of Adelaide – and reigning Supercars champion Scott McLaughlin in a road-going Mustang.

The Mustang trio will be on track Thursday, Friday and Saturday across the Adelaide 500 weekend.

“DJ and I have been out of the game for a while, but I have a feeling the red mist will descend when we pull the helmets on,” said Ambrose.

“It’s a great pleasure to come back to Adelaide as a part of this great Ford initiative. It’s a track that I remember very fondly, having won a few races there in the past.

"Doing it in a NASCAR is going to be completely different for me, but I’m really looking forward to it.”

Johnson, who retired at the end of the 1999 season, added that he's looking forward to sampling a current-spec Supercar.

“When I was approached with the concept, the first thing I asked was, ‘what’s the lap record?’," he joked.

“It has been a long time since I’ve been behind the wheel of a full-spec Supercar, and to get the chance to drive the new Mustang is something I’m very much looking forward to.

"Doing it alongside Marcos and Scott is just icing on the cake.”

It will be the second NASCAR demo at a Supercars round in recent times, following Mclaughlin and Fabian Coulthard's outing in a Penske Ford Fusion on the Gold Coast last October.

Penske not ruling out 2019 Super2 programme

Supercars Bathurst pre-season test "not off the table"