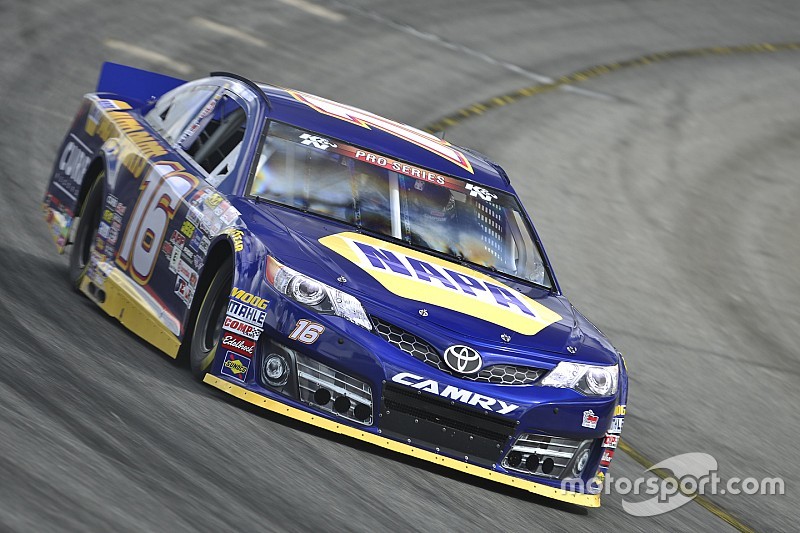 From the start of Stage 3 of the Monaco Gateway Classic, Derek Kraus was simply uncatchable in his NAPA Auto Parts Mike Curb-owned Toyota Camry, winning by over five seconds.

Chase Cabre was leading at the end of Stage 1 in his Max Siegel-owned Toyota, ahead of Derek Thorn’s Bob Bruncati’s Ford, Spencer Davis in the Danny Watts–owned Chevrolet, but soon after the start of Stage 2, Cole Rouse sent his Bill McAnally Toyota around both Davis and Cabre to snatch the lead, with Dillon Bassett’s Chevy in fourth and Ruben Garcia Jr.’s Toyota in fifth.

Davis then hit pitlane on Lap 59 with mechanical issues having fallen down the order, moving Kraus into third ahead of Bassett and Tyler Ankrum (David Gilliland Toyota). Thorn and Garcia at this point had fallen to the lower reaches of the Top 10.

Rouse could never breathe easy out front, however, as Cabre reeled him in by Lap 70, bringing Kraus with him, and these three were virtually tied together by the end of the stage.

At the start of Stage 3, however, Kraus moved swiftly into the lead and simply checked out ahead of a loose-looking Rouse who was initially struggling to stave off Cabre. However, Cabre then gradually fell away and had to cede third to Thorn, and found a resurgent Garcia filling his mirrors with little more than 20 laps to go.

On Lap 100, Garcia made his move for fourth and made it stick but he was 2.5sec behind the Rouse vs. Thorn battle for second and while he closed the gap to less than one second, he couldn’t eradicate it altogether.

Meanwhile Kraus won by 5.374sec, with Thorn eventually finishing around half a second behind Rouse, and only 0.4sec ahead of Garcia.