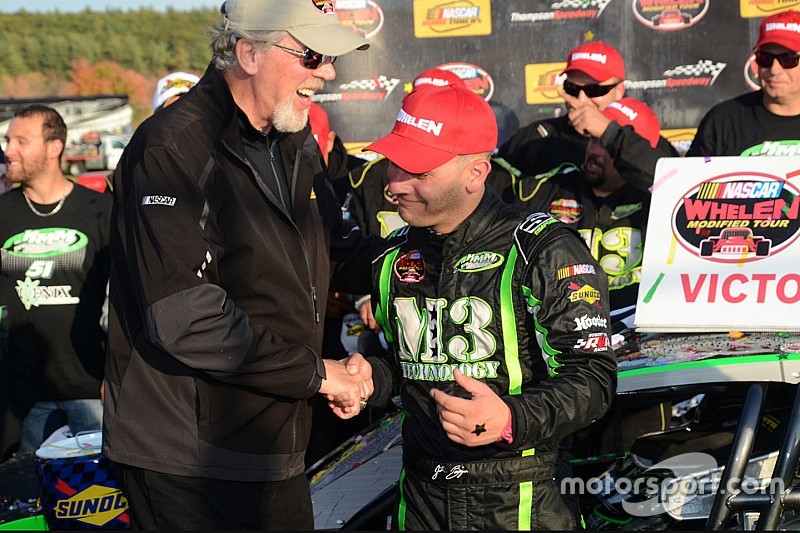 When I was growing up in North Carolina one of the things I loved the most was going to Hickory Motor Speedway on Saturday nights. I would watch races when I could go and my dream was always to drive a race car and play other sports.

One of the many memories of the speedway is seeing the Winston Racing Series signs all over the speedway and the partnership with R.J. Reynolds that allowed NASCAR to take short track racing to new heights led by a visionary named T. Wayne Robertson.

Robertson often showed up at HMS when I started covering races there and later working there as his son and good friend, Toby, raced there. Unfortunately we lost the elder Robertson much too soon and we’ve lost another dear friend to the short track racing scene in Kurze.

After the the tragic loss of T. Wayne, the late Jim Hunter stepped up for NASCAR and was known to a lot of short track operators as a big supporter of the weekly NASCAR short tracks.

Then came Kurze. Kurze was an executive at Whelen Engineering and business-wise, the marriage made sense for the company and NASCAR.

The company makes lighting used by safety personnel throughout the world. Its products are now used by almost every NASCAR track in the United States and also at most municipal first responder departments with their safety vehicles.

While I’m sure it was good for Whelen’s bottom line, you could tell being a part of short track racing was more than just business for Kurze.

To me Kurze was this generation’s T. Wayne Robertson and let me explain why to give both of these fine gentlemen the credit they deserve.

When I was managing HMS in the late 1990’s, Robertson met with me and said he could help me out with a certain amount of marketing dollars. I was good friends with other promoters and still learning the business and found out other tracks got more money sometimes than I did and I asked Robertson why.

His answer didn’t really resonate with me until I started traveling the country visiting other tracks when I worked for NASCAR and the USAR ProCup Series.

Robertson said to me, “Tim, my job is to make sure that short track racing survives everywhere and not just Hickory. Hickory is in better shape than a lot of other tracks and I will always help you as much as I can, but there are other tracks in markets that need a little more help, but I will never forget about you. Heck, I’m there almost every week watching Toby race.”

Well. Kurze had that same mentality. Kurze brought Whelen Engineering to NASCAR in 2005 sponsoring the modified tour in the Northeast and one year later NASCAR announced Whelen would take over naming rights of the weekly racing program.

Kurze didn’t have to make that happen but he knew it was good for the sport and competitors and this reminds me so much of what Robertson and Hunter often thought about in short track racing. That is why I feel Kurze was a huge ally to my fellow short track racing friends and he’ll be missed immediately.

Yes, Kurze had to look out for the business interests of his employer, but it can never be said the gentle giant didn’t have a big heart for short track racing and NASCAR.

I watched him countless times do more for racers than many might not ever realize because he loved the sport and wanted to support the racers and understood the sacrifices many of them made to compete in series he sponsored.

From taking on the weekly racing program, to helping NASCAR grow in Europe and later creating an event to showcase the division he loved, Kurze realized how to make things better for a lot of people in NASCAR.

That is what I feel will be a lasting legacy for a man who never seeked the limelight for himself.

He was more concerned with the light shining on racers.

Whomever becomes the ‘next friend to short track racing’ will have some mighty big shoes to fill.