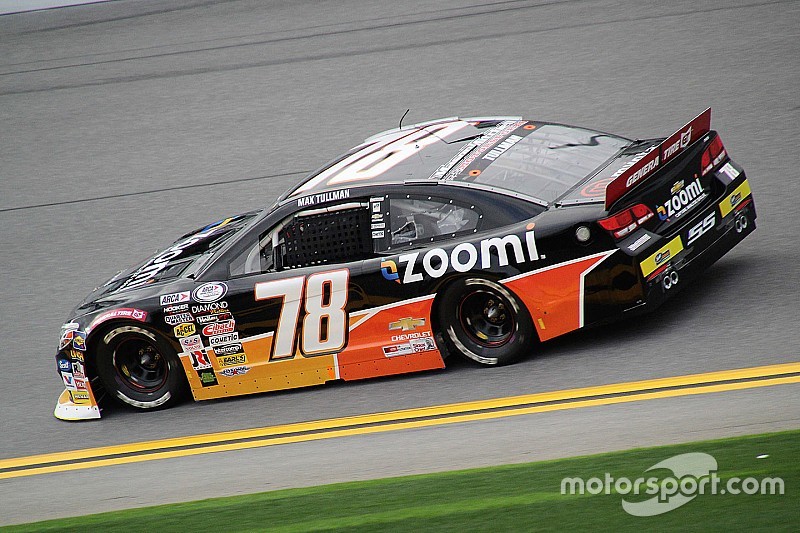 Tullman, 20, will compete in at least two Truck races later this year with Young’s Motorsports, driving the No. 20 Chevrolet as a teammate to Austin Hill.

Tullman, an IMSA Porsche GT3 Cup Challenge veteran that has also made several starts in NASCAR’s K&N Pro series, is scheduled to compete in the Aug. 26 Truck race at Canadian Tire Motorsports Park and Oct. 13 at Talladega (Ala.) Superspeedway.

“Just like any other racing series you jump into, it will be an exciting yet challenging change for me,” said Tullman, who is also competing in Saturday’s K&N Pro Series East race at Bristol (Tenn.) Motor Speedway.

“It is probably my most difficult year of racing, not because of the competition, but because of all the jumping around from series to series. However, it’s important for me to get as much seat time as possible.

“We felt while we weren’t running for a championship in any respective series, it was best to keep me racing – whether it was a sports car, ARCA car, Truck, etc.”

“I have raced at Canadian Tire Motorsport Park before in the Porsche GT3 Cup Series four times and have enjoyed great success.”

“I’m very excited to have Max join Young’s Motorsports for multiple races,” said Tyler Young, team principal at Young’s Motorsports. “He’s done a good job in anything he’s competed in and we look forward to being a good home where he can continue his learning curve, gain experience and contend for solid finishes. I can’t wait.”

Tullman will also be competing in at least six more ARCA races this season for MMM, including Talladega, Charlotte, Pocono, Michigan, Chicagoland and Iowa.

“It is a lot of work to juggle with multiple series,” the native of Chester Springs, Pa., said. “With my goal of being in a full-time ride next year in one of the top three series, this schedule should steer me to the right path to complete my goals for 2018 and prepare for 2019.”

Tullman said there was still a possibility his NASCAR schedule could increase even more before the end of the year.