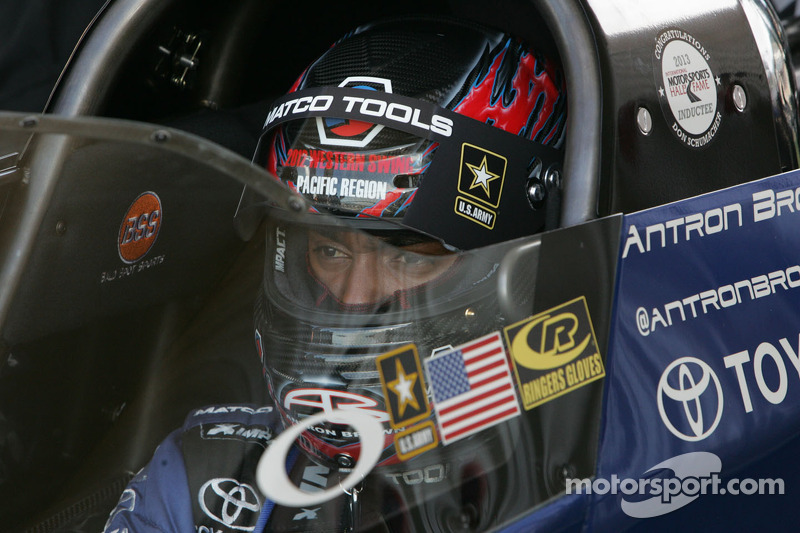 Nearly two rounds of racing was completed in Top Fuel, while only one round was finished in Funny Car and Pro Stock before rain showers moved into the area Sunday afternoon.

In Top Fuel competition, series leader Antron Brown posted a national record time of 3.722 seconds and advanced to the semifinals, along with Brandon Bernstein and rookie Khalid alBalooshi. Racing will begin Monday with the final second round pair in Top Fuel, Shawn Langdon vs. Doug Kalitta.

In Funny Car, Jack Beckman improved his national record performance to 3.986 seconds with a first round win over Mike Smith and will meet points leader Ron Capps in a critical second round match up in the NHRA Full Throttle Countdown to the Championship. Title contender Mike Neff, John Force, Johnny Gray and defending champ Matt Hagan also will race in round two.

In Pro Stock, championship contenders Allen Johnson, Jason Line, Erica Enders and Greg Anderson all advanced to the second round. All four rounds of racing remain in Pro Stock Motorcycle.

Gates will open at 8 a.m. All Sunday tickets will be honored for admission on Monday and kids 15 and under will be admitted free.