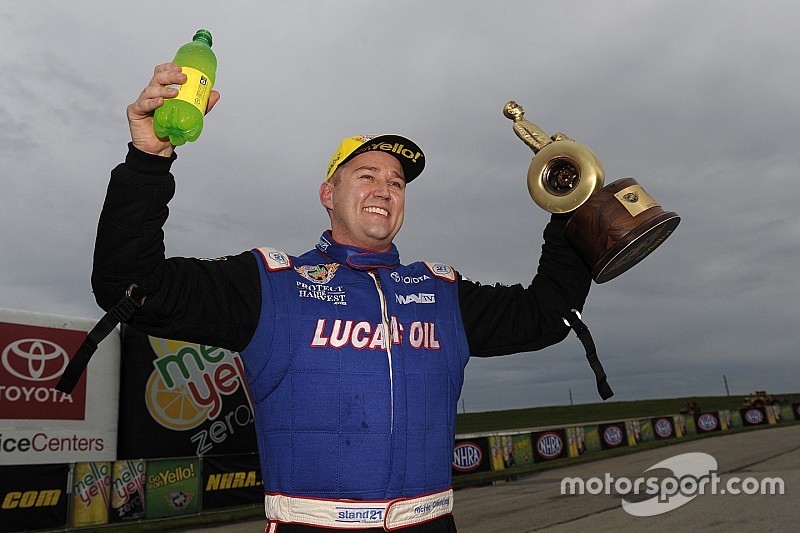 Troy Coughlin Jr.’s rookie season as driver of Connie Kalitta’s SealMaster dragster is over for this year and he is to be replaced by 2014 U.S. Nationals champion Richie Crampton.

Coughlin Jr., whose grandfather wheeled a Top Fuel entry back in the 1970s and whose father is a two-time Pro Mod titleholder, held 10th place standings in NHRA’s Mello Yello Drag Racing Series points chase as the series comes to the final, 18th race of its regular season this coming weekend.

As he prepared by testing for the 63rd Chevrolet Performance U.S. Nationals at Lucas Oil Raceway on Labor Day weekend, Coughlin decided he needed more seeding before undertaking this challenge. The youngster originally intended to run a few Top Fuel races in 2017 as he prepared for a full-time charge, but the departure of Del Worsham, former driver of Kalitta Motorsports’ DHL Toyota Camry Funny Car and J.R. Todd’s assumption of that seat, made Coughlin’s plans change.

However, now the young driver has decided to return to the amateur ranks, to get more seat time in a Top Alcohol Dragster.

That left open one of the most coveted seats in Top Fuel but Kalitta Motorsports vice president Jim Oberhofer has confirmed Richie Crampton for the seat. The former Auto Club Road to the Future (rookie of the year) winner and U.S. Nationals winner in his 2014 rookie year with Morgan Lucas Racing will finish the season in the SealMaster rail.

The Australian drag racer, who started his American NHRA career as a crew member, later became clutch specialist and car chief with Morgan Lucas’ team. placed him in a car for the 2014 season.

That decision led to his U.S. Nationals victory and rookie award, while in 2015 Crampton earned five victories, taking third in the final standings. His 72 career events have yielded seven wins altogether, five No. 1 qualifiers and 70 career round wins. Morgan Lucas Racing ceased operations after the 2016 season.

Who will prevail in the prestigious U.S. Nationals on Labor Day weekend?