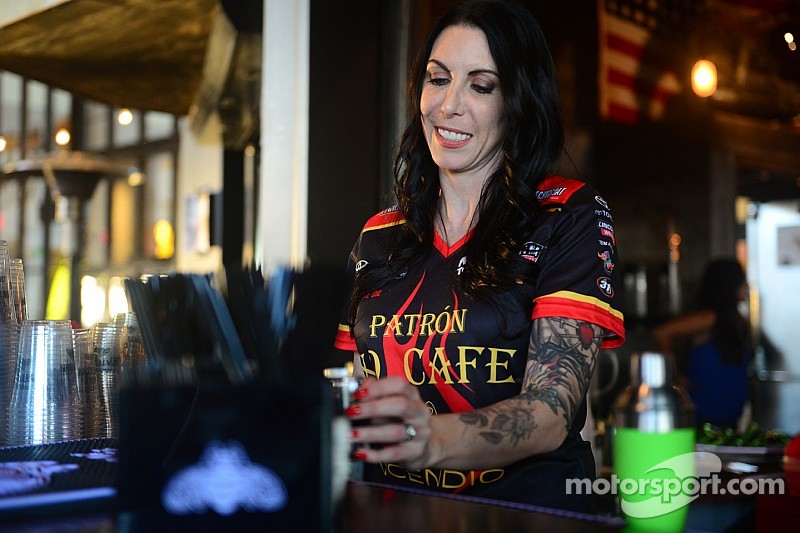 Alexis DeJoria is hoping for a repeat performance in Phoenix, having picked up the win at the prestigious race in 2014.

Phoenix, AZ is the site for the second of 24 races in the NHRA’s Mello Yello Drag Racing Series season. The Valley of the Sun always seems to have twists and turns - even on a straight-line drag strip - and has been the site of some notable first wins in Top Fuel, Funny Car and Pro Stock categories.

It was her coming-out party and one she’d worked for many, many years, coming up through the ranks - like a proper racecar driver - and not using her name to advance her career, just her skills.

That she won the most prestigious race on the calendar in 2014 - the 60th annual Chevrolet Performance U.S. Nationals - advanced her prospects in the very competitive Funny Car class - was a total plus for the Austin, Texas resident, and as the series returns to the scene of her climb, DeJoria is a threat to win on any given weekend. Although she had an early exit in the season-starting race on the Auto Club Raceway at Pomona drag strip, DeJoria is pumped and ready to defend her 2014 crown.

To help promote the three-day meeting, she even served as bartender the day before racing began, at the local Sir Veza’s in the nearby Chandler Fashion Center. Pouring a special race-themed Patron Incendio cocktail, DeJoria met with fans, signed autographs and yes, served as an expert mixologist for the crowds in attendance.

She didn’t work the bar as quickly as she drives a Toyota Camry Funny Car as DeJoria last year became the first woman in NHRA to post a sub-four-second pass down the 1,000-foot ribbon of asphalt at Pomona in the 2014 season starter. But she did have fun, engage the fans in atten

Schumacher, Hagan and Enders-Stevens race to No. 1 qualifying positions at Phoenix