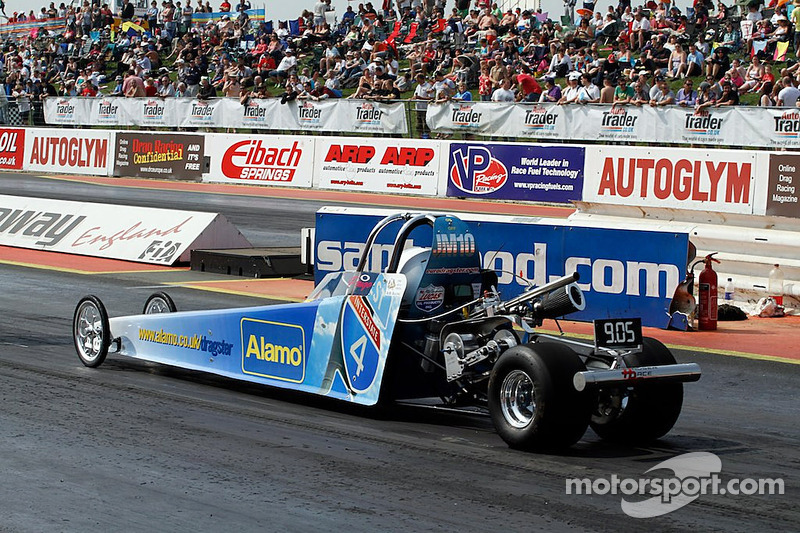 Today at Old Bridge Township Raceway Park, the birthplace of the NHRA Summit Racing Jr. Drag Racing League, NHRA officials announced that, effective June 15, the minimum age for kids eligible to participate in the league will be 5 years old.

The NHRA Summit Racing Jr. Drag Racing League was founded in 1993 by NHRA and Raceway Park founder Vinnie Napp. Napp developed the first small-scale replica dragster for his son in 1991 and the first pair of NHRA Jr. Dragsters launched down the Raceway Park dragstrip in 1992. Today the league has grown dramatically and the program is offered at most NHRA Member Tracks across the United States.

In the 5-year-old classification, the Trainee category, participants can begin running a Jr. Dragster with a crate engine from Briggs & Stratton with a slide valve limiting the power output of the engine. Trainee participants will make single passes down the dragstrip to get familiar with the car and track surroundings in a non-pressure environment.

Another separate classification for 6-and-7-year-olds also has been created, the Youth category, which will allow participants to begin competing head-to-head on the track at the 13.90-second index with a crate engine and slightly increased power output from the Trainee category engine.

“It is important to provide competition opportunities for children in these age groups so they can become exposed much earlier to the NHRA Summit Racing Jr. Drag Racing League and the sport of NHRA Championship Drag Racing,” said Josh Peterson, NHRA vice president of racing administration. “With similar introductory programs available in stick and ball sports for ‘pee-wee’ competitors, we wanted to put an NHRA drag racing option into that mix for families to consider.”

The NHRA Summit Racing Jr. Drag Racing League also offers different categories for age groups up to 17 with speed and elapsed time restrictions for participants based on age and experience. Those categories are novice (8-9), intermediate (10-12) and advanced (13-18).