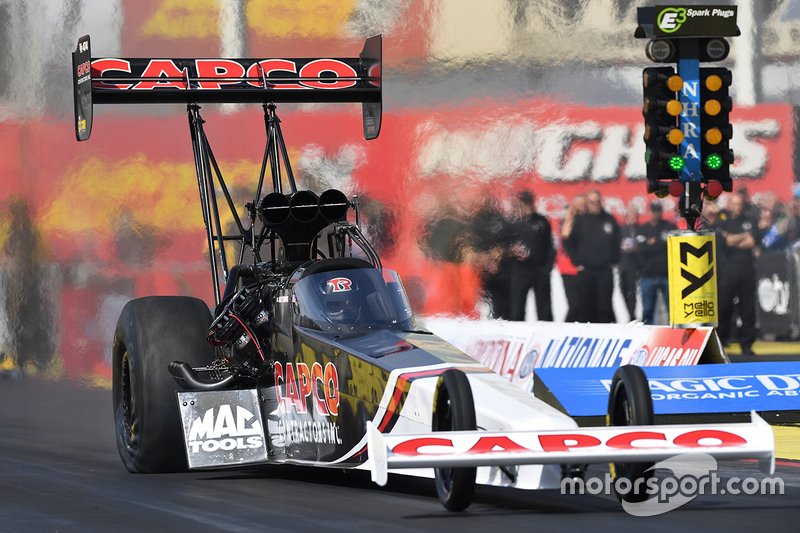 At the 35th annual Magic Dry Organic Absorbent NHRA Arizona Nationals at Wild Horse Pass Motorsports Park, Torrence emerged victorious with a run of 3.965-seconds at 326.40 mph in his Capco Contractors/Torrence Racing dragster. After earning the No. 1 qualifier on Saturday, that was enough to take down Leah Pritchett in the final round, B. Torrence secured his second career victory.

“It’s just a blessing to be out here,” said Torrence. “I’m trying not to choke up. The car ran great and they all worked so hard to keep a good car under me. Even Steve’s (Torrence) team came over to help them out and it was just outstanding.” 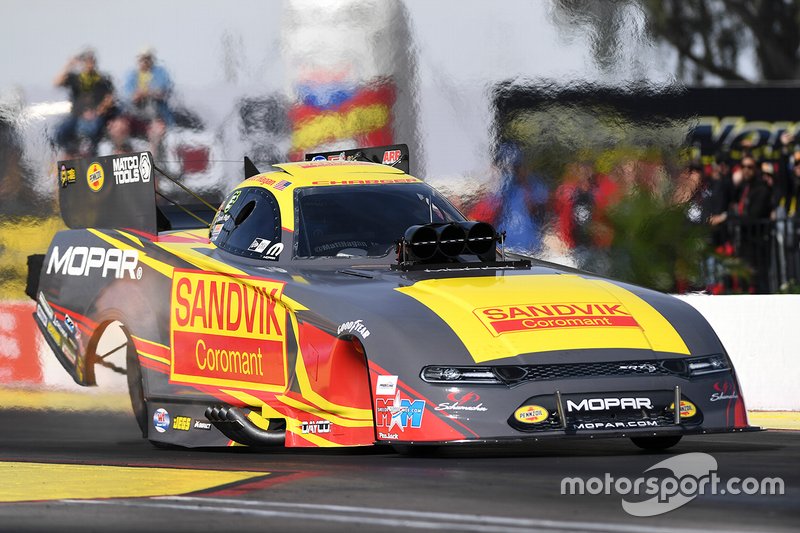 Hagan powered his Sandvik Dodge Charger SRT Hellcat to the Funny Car victory with a run of 3.890 at 325.06 to take down defending champion J.R. Todd in the final round. This was his third win at Wild Horse Pass Motorsports Park.

“For us, this win is huge with the new Hellcat body,” Hagan said. “Hats off to Dickie Venables [crew chief]. He won the race. He put a racecar underneath me that was just going down the track every lap. We were able to put on a great show for our fans.” 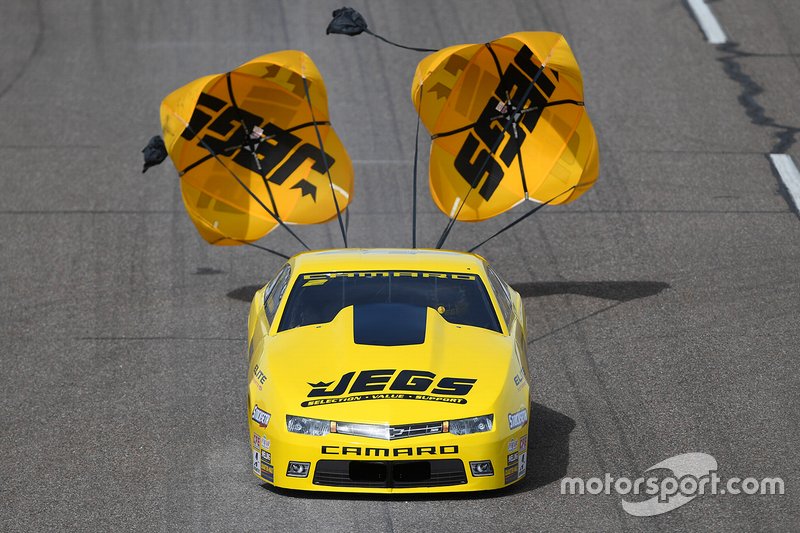 Coughlin drove to the winner’s circle with a 6.557 at 210.67 run in his JEGS.com/Elite Motorsports Chevrolet Camaro to defeat Matt Hartford in the final round. He secured his 62nd victory and 1000th round win of his career.

“I felt really good behind the wheel,” Coughlin stated. “We came out on top today and it feels great today to get our 1000th Pro Stock round win. Huge win today and I’m really looking forward to the rest of the season.”

Not everyone can say that they discovered their lifelong passion at the age of nine, but this racecar driver has always been a gearhead with a need for speed.

Toyota on Sunday unveiled its new car for the 2022 NHRA season in Funny Car competition.

NASCAR Hall of Famer Tony Stewart is branching out into yet another form of motorsports, fielding two entries in the NHRA next season.

The 21-time NHRA championship-winning team John Force Racing will start the 2021 NHRA Camping World Drag Racing Series with next month’s opening round of the season.