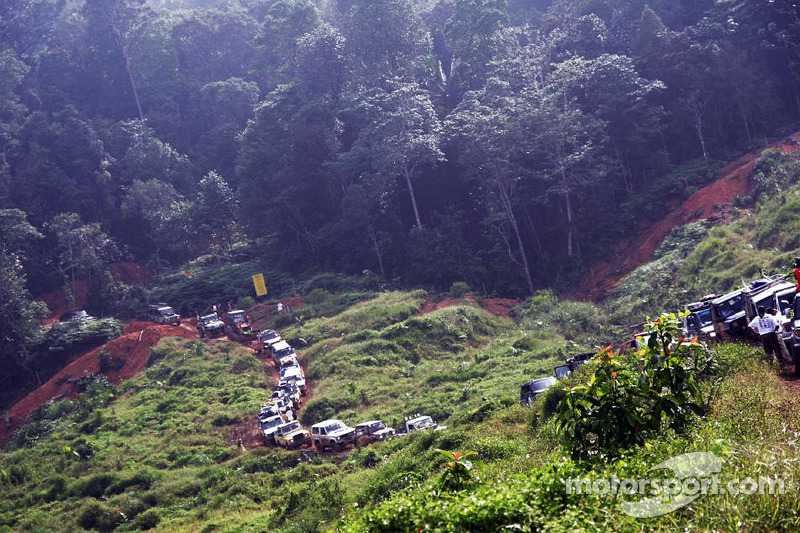 Thanks to a new partnership between two of the world’s premier heavyweight off-roading competitions, the Rainforest Challenge and Russia’s Pro-X Trophy, the RFC will be coming to Eastern Europe next year with Malaysian, Chinese and Sri Lankan drivers taking on the infamous Russian swamps, while the guest RFC organizers will be laying out a full day’s sections during the 8 day event.

As part of the partnership in December Pro-X’s Alexi Menshenin with World 4x4 Adventures’ Robb Pritchard will be deep in the jungle armed with cans of spray paint and a few rolls of marker tape to lay out a Special Stage in the jungle for the Asian competitors to have a taste of a real Russian style off-roading.

“And it goes even further than that, too,” Robb Pritchard explains, “We tried something new in the last Pro-X year and sent a couple of Brits out as co-drivers with Russian teams… and it was a great success. Both guys had what can only be described as a full experience, but the main point was that they did it on only a fraction of the cost of what preparing a car and getting it out there would have been. It worked so well that this is something we’re now developing with the RFC.” 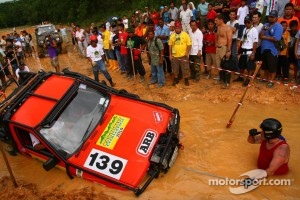 Peter Timmers of World 4x4 Adventures, who did this year’s Ladoga Trophy in a G4 Disco 3, will go out paired with a Malaysian team, as will Dima Sokolov from Pro-X who won the Adventure class of this year’s Croatia Trophy. And when the 2012 season comes around, the Pro-X organizers will find co-driver seats for guys from Malaysia, China and Sri Lanka… so there will be some very unusual flags being raised at the HQ!

“But this opportunity is open to almost everyone,” Robb says. “We know well what it takes to get a vehicle ready and get it across the continent, but take that cost out of the equation and it opens the way for many to come over and compete. Almost anyone who reads this!”

But neither Pro-X nor the RFC are for the faint-hearted, nor is there a limitless supply of co-driver seats… so the first requirements are a high level of fitness and well as trophy experience…

This isn’t a holiday tour though, so to join you’ll need to be a team player and have an adventure’s spirit as the event is always at the mercy of Mother Nature.

And even for those not wanting to spend a week wading through the rainforest mud with a winch anchor slung over their shoulder, the RFC, in partnership with World 4x4 Adventures, are offering places in the support vehicles, known as the ‘Adventure Touring’ class. You’ll get to be with the whole competition from the plush Kuala Lumpur hotels all the way through the near impenetrable jungles seeing all the action first-hand and will be with the convoy as the 200 vehicles traverse the jungle from one campsite to the next.

A word from the event director, Luis JA Wee, “This isn’t a holiday tour though, so to join you’ll need to be a team player and have an adventure’s spirit as the event is always at the mercy of Mother Nature. The RFC doesn’t have spectators, you’re either in it… or you’re just reading about it!”

More details can be found at www.world4x4.co.uk