Toby Price has made history by becoming the first person to win the Finke Desert Race on both two wheels and four wheels.

The two-time Dakar champion took his unique Mitsubishi Trophy Truck to a thrilling victory at the there-and-back race to seal a first Finke crown on four wheels.

The Red Bull-backed entry looked like a sure thing for much of the event, Price and navigator Mark Dutton comfortably topping the prologue on Saturday before setting a record-breaking pace out to Aputula on Sunday.

Their time of 1h39m15.6s left them more than two minutes clear of Josh Howells and Eric Hume in their Jimco buggy at the overnight stop.

Joe Weining took over from Dutton as Price's navigator for the return to Alice Springs today, however the run home wasn't quite as straightforward.

Price was forced to back off due to rising engine temperatures, which allowed Howells to close the gap.

Eventually the Dakar winner decided to roll the dice, his V8 motor holding on as he charged clear of Howells to take an emotional victory.

"About 100 kilometres out the engine water just started fluctuating and having heaps of dramas. We just tried to preserve it and look after the truck. Then Josh got on the back of us and I thought, it's now or never – we're either going to cook the motor or we're going to get to the finish line.

"I saw [Howells] creep in, but I was trying to look after the engine as much as we could. Once we were about 60 kays out I thought if we don't go now, it's not going to work. It's nearly better to fail than not cross the line where you want to be.

"She held together, we're here and the number one plate is good. We've been working hard for that one and it went close to not being in our hands again. But we're here."

The Cars title will sit alongside a record-breaking six Bikes crowns for Price at Australia's most renowned desert race.

But it hasn't come easy, Price having fallen short a number of the times in the past, including mechanical failures while in leading positions in 2018 and 2019.

"It's a dream come true," he added. "It's just starting to [sink in] a little bit now. It's taken a lot of work. It's been a two-year process. There's been a lot involved and everyone put so much work in behind the scenes. We made it work." 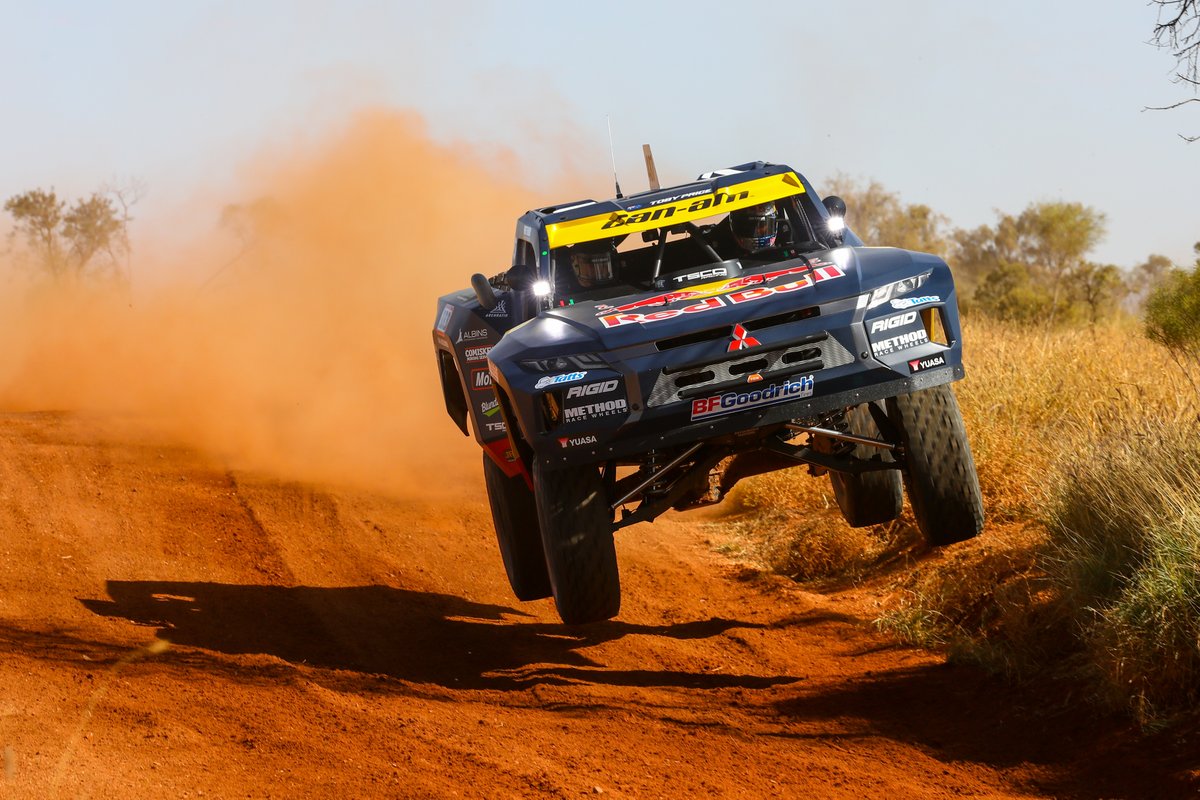