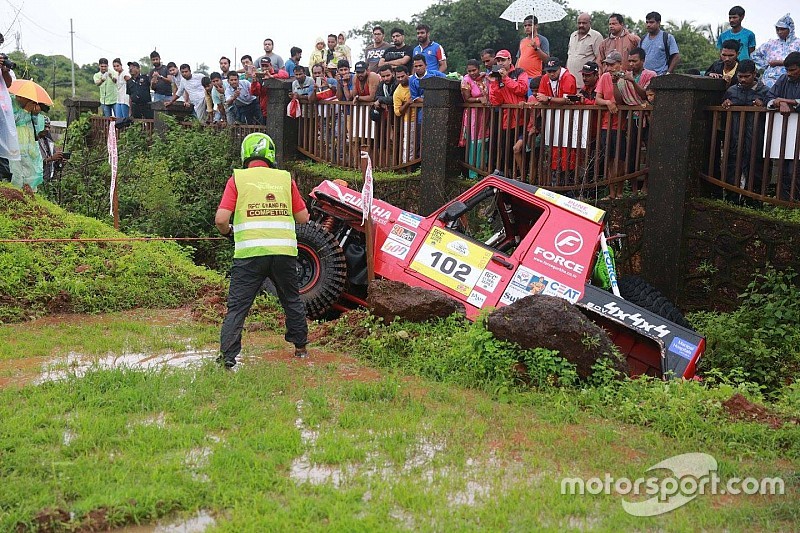 The organisers of Rainforest Challenge (RFC) India have announced sweeping changes for its fourth edition, which will be held in Goa from 22nd to 30th July, 2017.

RFC has grown its stature and popularity since it was introduced in India in 2014. The organisers have now planned an overhaul of the format to increase the challenge and improve the appeal of the event.

As part of the changes, spectator-friendly Special Stages will be moved towards the end of the event where the local audience can watch the action.

This will allow the initial stages to be moved away from the city where it is possible to simulate more muddy conditions.

The organisers are also mulling night stages, with several sites currently being evaluated that fit the purpose.

Out of the 40 teams competing in RFC India, 13 will be making their debut this year. As a result, organisers Cougar Motorsport have announced a ‘Rookie of the Year’ award for the highest finishing newcomer.

“It is gratifying to see that RFC India continues to draw new participants every year,” Ashish Gupta, Founder & Director of Cougar Motorsport said.

“While we see some of India’s most evolved offroaders coming back year after year, having fresh talent from all corners of the country come forth means that we are one step closer to our objective of popularizing off-road motorsport across India and getting it recognized as a mainstream sport.”

RFC India will see its first American entry in form of William Dwaine Jungen. Jungen has over 40 years of experience in off-roading and will be driving a Scorpion MKI for Chandigarh’s Team IronScorpion.

The vehicle, winner of the US Top Truck Challenge, comes fitted with a mammoth 5.7-litre V8 engine and an automatic transmission system.

As revealed earlier by the organisers, the prize money for this year’s RFC has been increased to $8,000, which includes the automatic entry in the Mother Event in Malaysia worth $3,900 and travel expenses amounting to around $1,100.

Additionally, the organisers will contribute up to $3,000 for procurement of the vehicle for the Malaysian event.