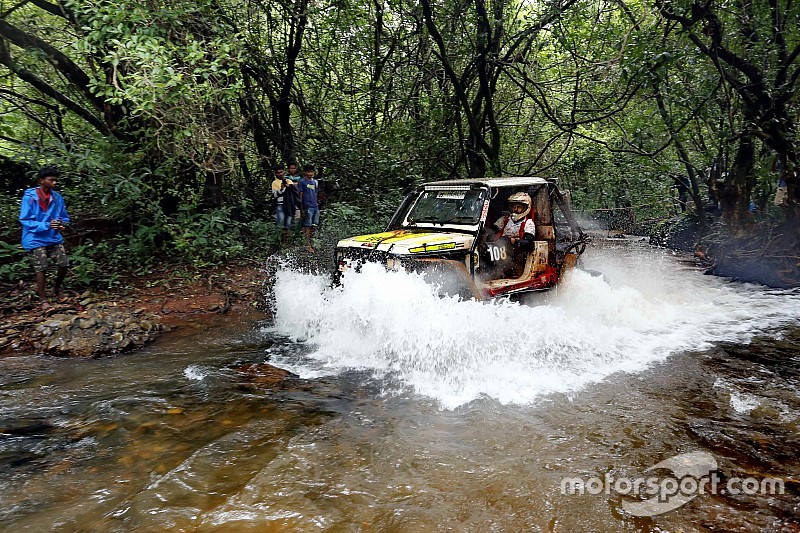 Nanjappa has scored 1614 out of a maximum of 2100 points over the course of five days, including a rest day, while Virdi trails behind with 1490 points on board.

“The competition over the last couple of days was defined by two things - participants’ luck and the mercy of the rain gods,” Nanjappa said.

“While some people got certain stages in day time, others got to do them at night. We ourselves didn’t expect to be in the lead. It’s difficult to hold on to the ladder now that we have reached here, but we plan to somehow cling on to it.”

Virdi and co-driver Kirpal Singh Tung ran neck-to-neck with Nanjappa for much of the day, but a DNF in SS20 proved costly and dropped them further adrift of the V5 Offroaders ace in the standings.

The top five was completed by Chow Ujjal Namshum (co-driver Inpeng Mein), who continues to run strongly despite his rookie status in the event.

With the completion of Leg 4, the RFC India contingent will move to Green Hills Agri Farm in Maina, Quepem for four further stages, before the final stage takes place at Rajiv Gandhi IT Habitat in Dona Paula on Saturday.