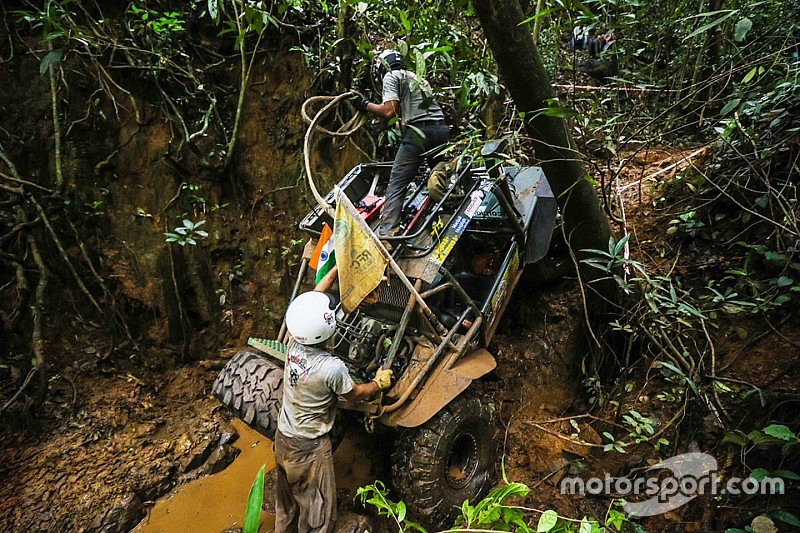 Siddartha Santosh rose to the top of the standings in RFC India after dominating the proceedings on Tuesday.

The BODA (Bangalore Offroad Drivers Association) driver topped the SS6 and performed strongly in SS7-SS9 to end the second day of the event with 650 points.

“This is the first time when we have had a decent start at RFC India. Otherwise every year we are stuck somewhere in the lower order. So it feels extremely satisfying to be on the top of the ladder."

Santosh dislodged defending champion and Gerrari Offroaders’ topman Gurmeet Virdi from the top of the table, who had an underwhelming day on the outskirts of Goa.

The Chandigarh-based driver scored 75 points in SS7, but struggled in the other three special stages that were held on Tuesday. He heads into the third day with 606 points, 44 points adrift of Santosh.

“I had a brilliant kickstart to this year's event on Monday,” he said. “So it's alright being at the second position now as long as I'm in the competition and stand a chance to fight back.”

Tuesday’s four stages took place in Cavorem in South Goa, each testing the skill sets of the drivers and the off-road abilities of their vehicles.

In SS6, drivers had to follow the gates, move in an anti-clockwise direction and find the fastest route outside the stage. In SS7, they had to descend a few slopes before climbing up a 45 degree incline of loose dirt.

SS8, the longest stage of the day, involved drivers having to gradually descend into a valley, hit a 150m long water stream and climb back through the boulders.

And finally, the SS9 was held in night condition to test the competitors’ navigational abilities in the dark.