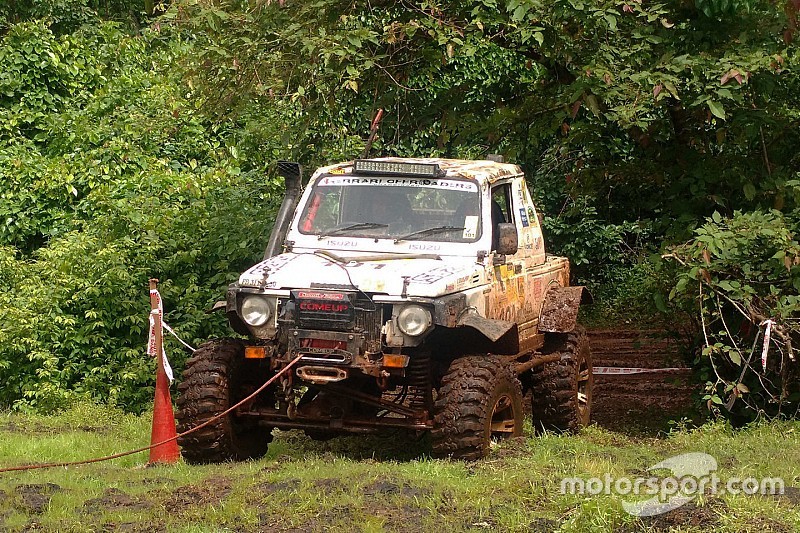 Virdi and Santosh were separated by just one point heading into Day 5, which comprised of six ‘Terminator’ stages on the outskirts of Goa. While the drivers were familiar with the first three stages - as they had been run in a different manner the previous day - the other three took place in unchartered and dense forests of the region.

Defending champion Virdi performed consistently well throughout the day, scoring at least 75 points in each stage and topping SS23 to take his tally to 1829 points.

Santosh, in contrast, scored less than fifty points in four stages, with his best points haul coming in SS21 (84 points). As a consequence, he not only lost ground to Virdi, but also slipped behind RFC South India champion Jagat Nanjappa to third place.

While Nanjappa has 1765 points on the table, Santosh has only scored 1537 so far. With only two stages to run and a maximum of 200 points on offer, the BODA driver no longer has a mathematical chance of taking the title, leaving it to Virdi and Nanjappa to fight for the crown.

Sanbir Singh Dhaliwal was one of the star performers on Friday, jumping from sixth to fourth after topping SS22 and scoring a further 90 points in SS19.

Malaysia’s Merwyn Lim stands only 16 points behind in fifth, with Vivek Thomas Kuriakosse another 44 points adrift in sixth place.

Cedrick Jordan DaSilva was one of the biggest losers of the day, dropping from fourth to sixth in the standings. The Goa-based driver never managed to score more than 50 points in any stage, with a duck in SS24 bringing a sour end to his day.