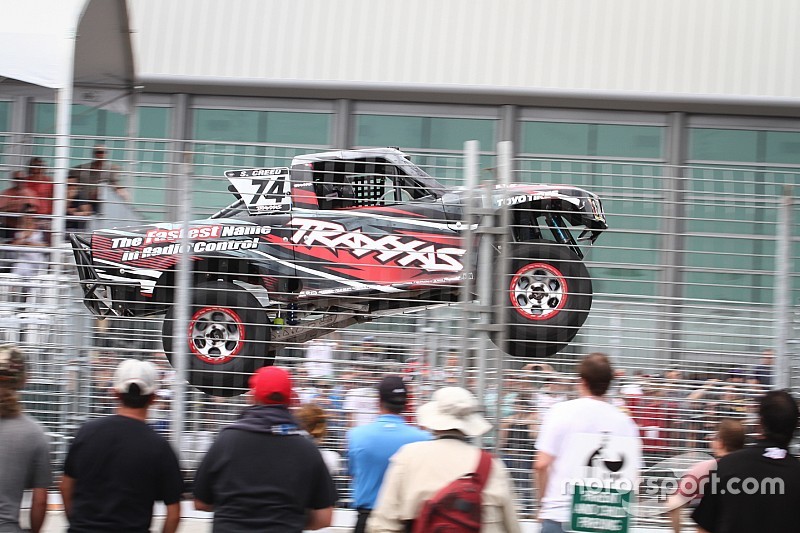 Defending winner back for doubleheader.

The 2015 X Games winner and defending SST by TRAXXAS Toronto Grand Prix winner Sheldon Creed is back in Canada to defend his title and extend his series points’ lead in his TRAXXAS-sponsored Stadium Super Truck alongside eight other SST drivers hoping to beat the red-hot 17-year-old Creed.

Creed holds a five-point lead in the series championship over Gordon and a 14-point lead over Viso.

The Stadium Super Trucks will race the same 11-turn circuit as the IndyCars but with the addition of four man-made ramps strategically positioned along the 1.755-mile (2.84 km) circuit around Toronto’s Exhibition Place.

The first of two weekend SST races will be Saturday at 4 p.m. with the second race scheduled for Sunday at 2:10 p.m.

The 36-inch-tall man-made ramps will launch the trucks as much as 20 feet in the air and 150 feet down course. The series features identically prepared trucks made to resemble their scaled-down Traxxas radio-control-car counterparts, and like their Traxxas namesake are designed to take flight. However, unlike RC trucks, they produce 600 horsepower generating speeds upwards of 130 miles per hour and race on DOT approved Toyo Tires.