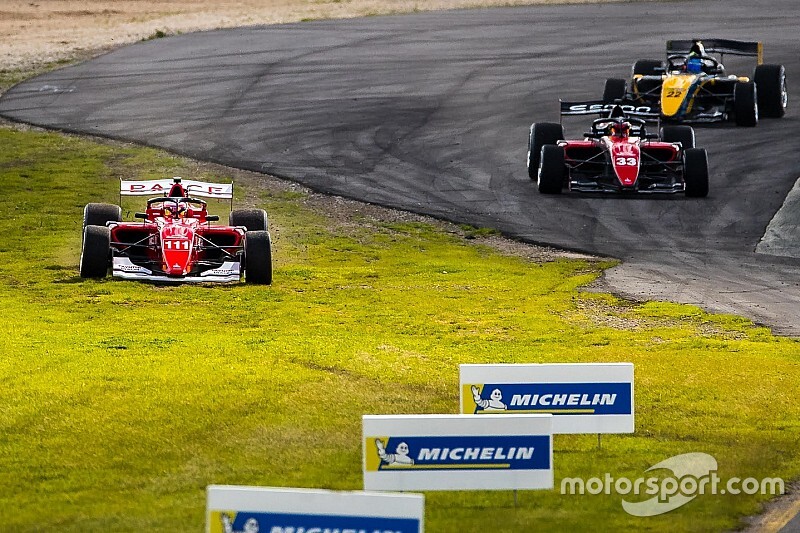 Rubens Barrichello was left with bent steering from a scrap with Bart Mawer on the first lap of today's S5000 opener at Sandown.

The 11-time grand prix winner was hit by a fast-starting Mawer on the way into the first corner, Barrichello taking a wild ride on the grass thanks to the contact.

He managed to avoid spinning the car while off the track, resuming in ninth place.

Barrichello went on to claw his way back to seventh at the finish, although says he was battling bent steering, which he feels was also costing him straight-line speed up Sandown's long back straight.

"I had a good jump, but I stayed back a bit and went into the first corner and I knew the cars were close by," said Barrichello.

"I tried to give a little bit of space and I think he missed the braking point and he hit my rear wheel.

"I was lucky not to spin and kept on the grass.

"After that the steering wheel was a little bit to the left, so I think it was a bit bent in a way.

"I was a little down on acceleration. I'm pretty sure that, because my steering wheel was a little bit to the left, it might have something to do with my straight-line speed.

"I hope it gets fixed, the team is working on that."

Mawer, meanwhile, isn't willing to take all of the blame for the contact, the Milldun Motorsport driver suggesting the Brazilian may have had more space to his right.

"I was inside Rubens, he must have known I was there. It got tight at the apex and we touched. Obviously it was the last thing I wanted.

"I haven't actually spoken to Rubens, he's probably not too happy about it. But there's going to be plenty more wild moments like that in S5000.

"I'll have a talk to him. It takes two to tango, I didn't have any more room on the inside. I couldn't do much.

"There might have been a bit more room on the outside."

S5000 action continues with a second qualifying heat and a feature race tomorrow, all of which will be shown live and free on Motorsport.tv. 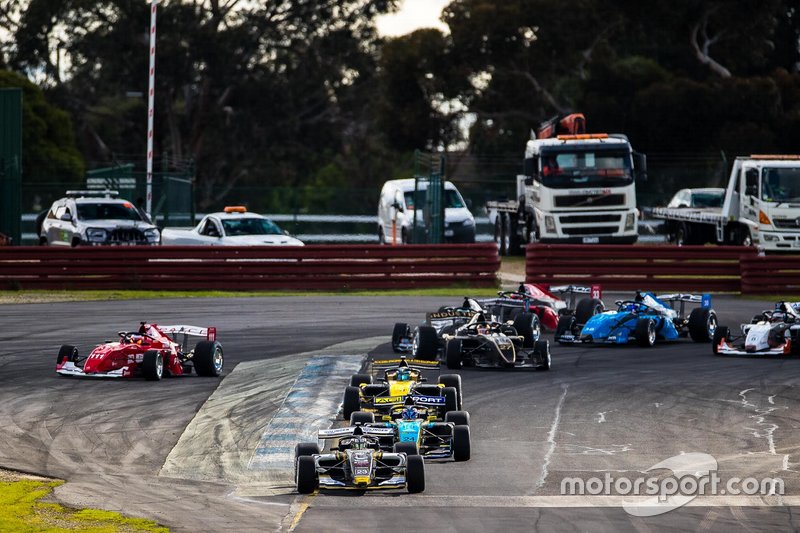